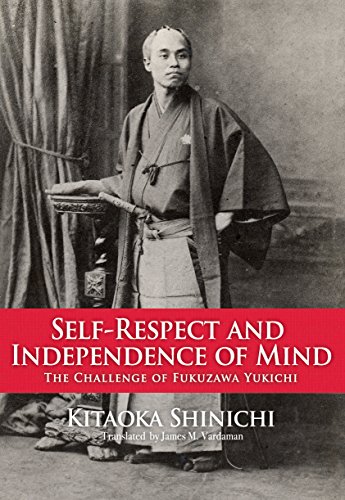 Self-Respect and Independence of Mind： The Challenge of Fukuzawa Yukichi

"It is said that Japan is currently experiencing its third opening to the outside world. However, in terms of importance, rather than the so-called second opening--which refers to the reforms following World War II--the more significant opening was that of the Meiji Restoration, initiated and carried out by the Japanese themselves. Consequently, as Japan today finds itself feeling trapped with a sense of despair, it is to the Meiji era that we should turn, and more than to anyone else, the person we should turn to is Fukuzawa Yukichi. With the general reader in mind, this volume brings together the results of the present-day research into the accomplishments of Fukuzawa as part of an overall appraisal of the man himself"--Back cover.