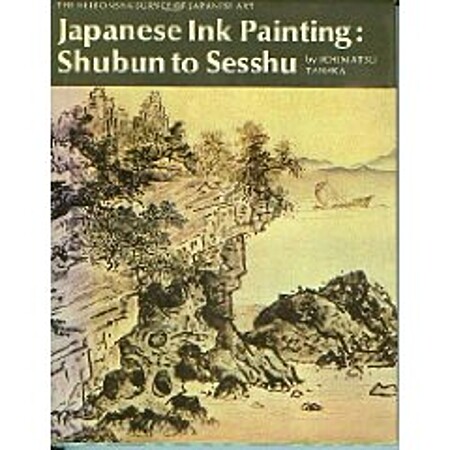 Traces the background, development and cultural significance of ink painting in Japan during the fifteenth and sixteenth centuries. The present book, abundantly illustrated with more than 180 photographs, of which 24 are in full color, traces the development of ink painting in Japan within the context of the country's emergence from the cultural influence of China some five centuries ago. In describing this transition, the author draws from the rich treasury of Japanese ink painting to illuminate his discussion. The works of Shubun and Sesshu represent, for this era, the beginning and the culmination of Japan's development of a painting style uniquely its own. Shubun, a Zen priest-painter active during the mid-fifteenth century, painted landscapes that showed a strong reliance on Chinese precedents and the established art academy in Kyoto. Nevertheless, instead of catering to the demands of the aristocracy, he and the members of his school painted for their own contemplation, thus initiating a shift toward greater independence. Sesshu, who died in 1506, was the first Japanese painter to create a purely individual style. Though he too was influenced by the great artist-teachers of Sung China, he went beyond their achievements by adding qualities of softness and grace that were intrinsically his own and were intimately related to the Japanese setting in which he worked. Escaping the restrictions of Kyoto, the ancient capital and center of culture, he went to the provinces, where he painted some of his most celebrated landscapes and assembled the coterie of followers who were to succeed him. By re-creating the artistic and social scene in which Shubun and Sesshu worked, as well as by presenting and discussing the important work of their predecessors, the book provides the background essential to an appreciation of Japanese ink painting. The author skillfully guides the reader to a basic understanding of artistic trends during one of the most significant stages in Japan's development of a great cultural tradition.… (more)