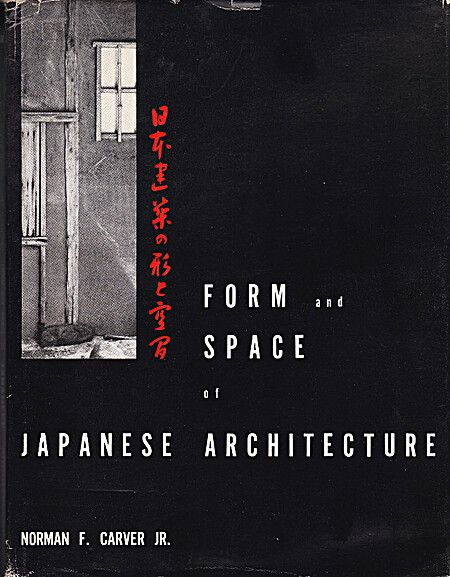 Form and Space of Japanese Architecture

This groundbreaking book, first published in the 1950's & long out-of-print, has been greatly expanded with more than 100 new photographs superbly printed from all new laser-scanned plates. Not a historical survey, the book illuminates principles underlying traditional Japanese architecture's elegant forms & lyrical spaces with examples from renowned palaces to obscure temples --documented during Carver's years in Japan. Reviewing the first edition of FORM & SPACE IN JAPANESE ARCHITECTURE, critics wrote, "Carver teaches through his camera how to see Japanese architecture from an angle quite new & different...he shows the oldest is akin to the newest"; "...his fresh sense makes even we Japanese find new ways of looking at Japanese architecture which has escaped most people --there is almost no other book of its kind." Architect Walter Gropius called it "outstanding, particularly as a stimulation for the contemporary architect...an extraordinary collection of photographs...of all the books it has the best understanding of what I believe to be Japanese architecture." Norman Carver, Jr. also produces the acclaimed series on world vernacular architecture, including ITALIAN HILLTOWNS, IBERIAN VILLAGES, SILENT CITIES OF MEXICO & THE MAYA, NORTH AFRICAN VILLAGES, & JAPANESE FOLKHOUSES. Orderline (800) 542-2772.… (more)