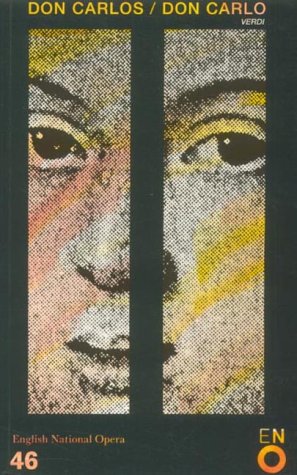 The English National Opera Guides were originally conceived in partnership with the English National Opera and edited by Nicholas John, the ENO's dramaturg, who died tragically in an accident in the Alps. Most of the guides are devoted to a single opera, which is described in detail--with many articles that cover its history and information about the composer and his times. The complete libretto is included in both the original language and in a modern singing translation--except where the opera was written in English. Each has a thematic guide to the most important musical themes in musical notation and each guide is lavishly illustrated. They also contain a bibliography and a discography which is updated at each reprint. The ENO guides are widely regarded as the best series of their kind and excellent value.   It used to be thought that Verdi miscalculated with this attempt at a 'grand opera' in the French style. This Opera Guide presents the evidence that Don Carlos was--and remains--an extraordinary achievement in melding two opposing visions of opera: the spectacular public aspect of the French tradition with the dramatic concision of the Italian. And because of the variety of versions which Verdi sanctioned, this debate is open-ended.… (more)