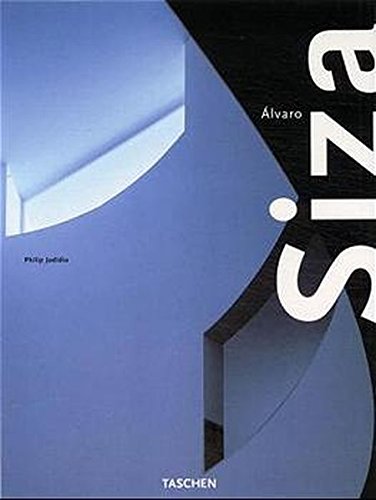 "The seminal book on Portugal's master architect. When Álvaro Siza, one of the great figures of contemporary architecture, won the prestigious Pritzker Prize in 1992, the Jury described his forms as "molded by light, [with] a deceptive simplicity about them; they are honest. They solve design problems directly...That simplicity, upon closer examination however, is revealed as great complexity. There is a subtle mastery underlying what appears to be natural creations." Born in Matosinhos, Portugal, in 1933, Siza created his own practice in Porto in 1954, and he has been a Professor of Construction at the University of Porto since 1976. The architect can fill shelf after shelf with his awards and prizes to-date: He received the European Community's Mies van der Rohe Prize in 1988 and the Praemium Imperiale in Japan in 1997, the 2009 RIBA Gold Medal, and the Golden Lion for Lifetime Achievement at the 2012 Venice Architecture Biennale. He has built a large number of projects in Portugal, and worked on the restructuring of the Chiado area of Lisbon following a devastating fire in 1988. Siza designed both the Portuguese Pavilion for the 1998 Lisbon World's Fair and the 2005 Serpentine Pavilion in London in collaboration with Eduardo Souto de Moura. He completed the Serralves Foundation in Porto, 1998, and the Museum for the Iberê Camargo Foundation in Porto Alegre, Brazil in 2008.… (more)

Alvar Aalto: The Complete Work by Karl Fleig
New forms : architecture in the 1990s by Philip Jodidio
On Weathering: The Life of Buildings in Time by Mohsen Mostafavi