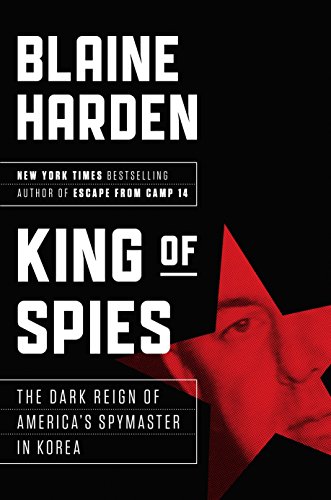 King of Spies: The Dark Reign and Ruin of an American Spymaster

"The New York Times bestselling author of Escape from Camp 14 returns with the untold story of one of the most powerful spies in American history, shedding new light on the U.S. role in the Korean War, and its legacy In 1946, master sergeant Donald Nichols was stationed on the sleepy island of Guam when he caught the eye of recruiters from the Army's Counter Intelligence Corps. After just three months' training, he was sent to Korea, then a backwater largely beneath the radar of MacArthur's Pacific Command. Though he lacked the education and pedigree of most spies, Nichols quickly metamorphosed from army mechanic to black ops phenomenon. He insinuated himself into the affections of South Korea's first president, Syngman Rhee, and became a key player in the American war effort, warning months in advance about the North Korean invasion, breaking enemy codes, and identifying most of the bombing targets used throughout the war. But Nichols's accomplishments had a dark side: he ran his own base and played by his own rules. He recruited agents from refugee camps and prisons, sending many to their deaths on reckless missions. And his proximity to Rhee meant that he witnessed - and did nothing to stop - the slaughter of thousands of South Korean civilians in anticommunist purges"--… (more)

LibraryThing member nmele
This is an interesting biography of Donald Nichols, who started life with a seventh grade education and rose to become an Air Force major, advisor to high-ranking Korean officials, and a spymaster who contributed to the success of the defense of South Korea during the Korean War. He was also a witness to mass executions and a convicted pedophile. Harden tells the story of this complex character who was both a hero and a criminal in a matter-of-fact way; the story of Nichols's life is so strange that is the best way to tell it.… (more)