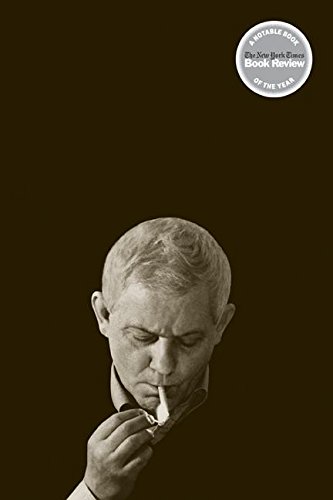 This outstanding new translation brings a uniformity of voice to Zbigniew Herbert's entire poetic output, from his first book of poems, String of Light, in 1956, to his final volume, previously unpublished in English, Epilogue Of the Storm. Collected Poems: 1956-1998, as Joseph Brodsky said of Herbert's SSelected Poems, is "bound for a much longer haul than any of us can anticipate." He continues, "For Zbigniew Herbert's poetry adds to the biography of civilization the sensibility of a man not defeated by the century that has been most thorough, most effective in dehumanization of the species. Herbert's irony, his austere reserve and his compassion, the lucidity of his lyricism, the intensity of his sentiment toward classical antiquity, are not just trappings of a modern poet, but the necessary armor--in his case well-tempered and shining indeed--for man not to be crushed by the onslaught of reality. By offering to his readers neither aesthetic nor ethical discount, this poet, in fact, saves them frorn that poverty which every form of human evil finds so congenial. As long as the species exists, this book will be timely."… (more)

"Herbert has been fortunate in his translators: Peter Dale Scott and Czeslaw Milosz, John and Bogdana Carpenter. I know no Polish, but Herbert, in their translations, came to form part of the landscape of my mind."

LibraryThing member lriley
Great cover by the way. There have already been several collections of Herbert's published poetry. This however is a new translation of not only the already translated poetry but of those collections that have not or not fully been translated. In total there are 9 works and in this volume I have gone through the first 3 which apart from those poems translated by Czeslaw Milosz and Peter Dale Scott in their 'Selected Poems' by Herbert have not seen the light of day in English. So many thanks to the translator Alissa Valles. Of the three so far:

'Chord of light' originally published in 1956 is so far the weakest collection--though everything by Herbert IMO is very good to great. With his second collection--'Hermes, dog and star'-- from 1957 he seems to have gotten his stride. The third 'Study of the object' is just wonderful--especially some of the prose poems. For those who haven't read anything by Herbert--a quick google on the internet will hopefully be enlightening. One should do a search on the poem 'Report from the besieged city' also the title of a collection or do another search on 'Mr. Cogito' the title of yet another collection and a kind of an alter-ego that Herbert would sometimes use. His poetry tends towards lucidity. They are not hard to understand. I find it very beautiful. He and Nicanor Parra IMO are the greatest poets of the 20th century.… (more)
2 more
LibraryThing member stillatim
So far I've read only Mr Cogito, from 1974, but I feel comfortable saying that it's one of the better books of late twentieth century poetry I've read. Harder--not more difficult, harder--than a Milosz, more intellectual and open to the world (the actual world, I mean, i.e., other people, ideas, history etc) than the current crop of American chamomile tea sipping navel-gazers, but eminently readable? Yes, that's more or less my ideal for poetry. Recommended for anyone who's ever tried to read, or has read, Berryman's dream songs and kind of wished they were a little more comprehensible. Particular favorites: Mr Cogito's Abyss; Mr Cogito's Game; Mr Cogito on Upright Attitudes.… (more)
LibraryThing member bness2
Herbert's poetry can be challenging to read sometimes, but is worth the effort. There are gems in this collection. His works range from profound to humorous. He writes in a free verse style entirely devoid of punctuation in most cases. He also writes some prose poems, which are also excellent.
Fewer