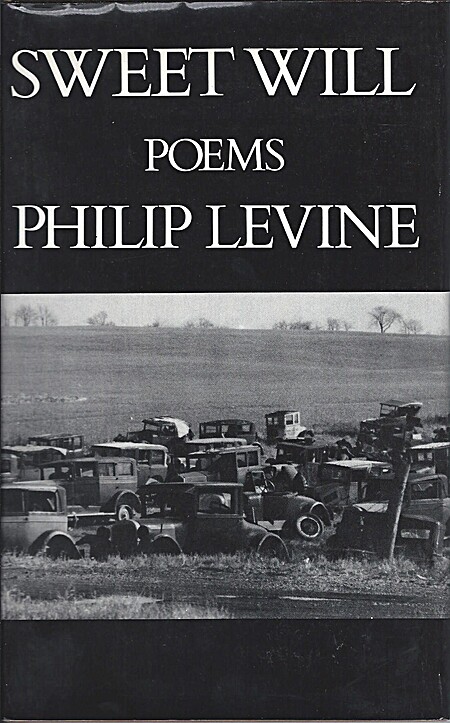 Pulitzer PrizeOCowinning poet Philip Levine published "Sweet Will," his eleventh volume of poems, in 1985. His last book with Atheneum, it has been unavailable for many years. Because of its subdued and thoughtful nature, it was seen as a transitional book for Levine, one that presaged the tone of much that was to come. Peter Stitt, writing in the" Kenyon Review, " called it OC the quietest book that Philip Levine has ever written, OCO concluding that OC though the river that glides through it is still on the surface, the sweetness of its will runs deep indeed.OCO And Dave Smith, writing in "Poetry," delighted in the poems of OC emergent tenderness and faith, OCO and claimed that OC linking himself to Wordsworth, who loved this world uncommonly in uncommon poetry, Philip Levine has lifted his moral tale to the level of joyful celebration.OCOThe poems in "Sweet Will" are set in Detroit, California, New York, Europe, and the country of memory. Their aim is to bring the overlooked events of daily life into a sharper focus that transcends the ordinary. At the time of its original publication, the book was seen as an attempt to bring together the themes and methods of LevineOCOs early, groundbreaking work: the anger of "They Feed They Lion," the family concerns of "1933," the characters of "The Names of the Lost," and the hopes of "One for the Rose." Yet it is clearly a mid-career book composed by a poet who can begin to look back in tranquility at a tempestuous life.The poems, including the long meditation of more than five hundred lines, OC A Poem with No Ending, OCO are beautiful and essential. Restored to print, they will resonate with readers who love both the earlier and the later work of one of our most important poets.a"… (more)