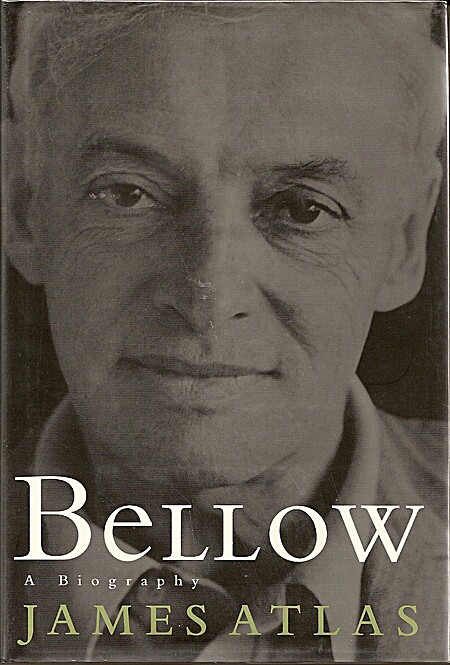 Masterly, original, Bellow: A Biography is an extraordinary achievement, the brilliant and long-awaited biography of the Nobel Prize-winning author of Herzog, The Adventures of Augie March, and other bestsellers. National Book Award nominee James Atlas here gives the first definitive account of Bellow's turbulent personal and professional life, as it unfolded against the background of twentieth-century events--the Depression, World War II, the upheavals of the sixties--and amid all the complexities of the Jewish-immigrant experience in America, which generated a vibrant new literature.           Saul Bellow's parents fled Russia in 1913 and settled with relatives in Canada, where Saul was born. Bellow's boyhood in Quebec and Chicago, marked by his family's transient existence and struggle for economic survival (his father was a bootlegger for a time), provided inspiration for many of the memorable characters and scenes that animate his fiction. It was in Chicago that Bellow came into his own, discovering his unique voice and encountering many of the women, as well as the writers and intellectuals, who were to populate his novels and his life. Atlas draws upon Bellow's vast correspondence with Ralph Ellison, Delmore Schwartz, John Berryman, Robert Penn Warren, John Cheever, and many other luminaries in this rich and revealing account of one writer's experience of America's twentieth-century intellectual and literary history.           As talented as he is enigmatic, Bellow has won the Pulitzer Prize, the National Book Award (three times), and, in 1976, the Nobel Prize for Literature. In his eighties, he published a new novel, Ravelstein, and, with his fifth wife, celebrated the birth of his fourth child.           Detailing Bellow's volatile marriages and numerous tempestuous relationships with women, prominent intellectuals, publishers, and friends, Bellow: A Biography is a magnificent chronicle of the life of one of the premier writers in the English language.… (more)

LibraryThing member ronsea
Perhaps the best biography that I have read. Bellow provides a life full of stories and challenges and Atlas matches his wit and verve. While it is natural to find something at odds with a piece of scholarship such as this, I will reserve my comments for admiration and respect.