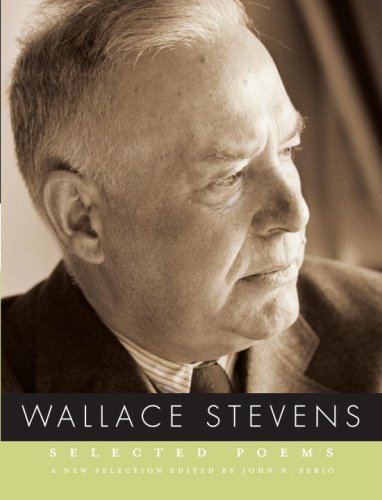 A beautiful new edition—the first in nearly twenty years—of the work of Wallace Stevens, a founding father of contemporary American poetry, with a dazzling range of work that is at once emotional and intellectual. As John N. Serio reminds us in his elegant introduction, Stevens has written more persuasively than any other poet about the significance of poetry itself in everyday life: “The imagination—frequently synonymous with the act of the mind, or poetry, for Stevens—is what gives life its savor, its sanction, its sacred quality.” This rich and thorough selection—published in the 130th anniversary year of Stevens’s birth—carries us from the explosion of Harmonium in 1923 to the maturity of The Auroras of Autumn in 1950 and the magisterial Collected Poems published by Knopf in 1954. To be drawn in once more by “The Emperor of Ice-Cream,” “Sunday Morning,” “The Idea of Order at Key West,” “Notes Toward a Supreme Fiction,” to name only a few, is to experience again the mystery of a poet who calls us to a higher music and to a deeper understanding of our vast and inarticulate interior world. This essential volume for all readers of poetry reminds us of Stevens’s nearly unparalleled contribution to the art form and his unending ability to puzzle, fascinate, and delight us.… (more)

The New York Times Book Review
New readers will find that Stevens convinces by manner as well as conscience, by vivacity as well as fidelity, by tragic feeling as well as comic satire. Far more than Eliot or Pound, Stevens wished passionately to be above all a poet of 20th-century America and its American English; and he had the luck, as they did not, to write with increasing genius to the end of his life.