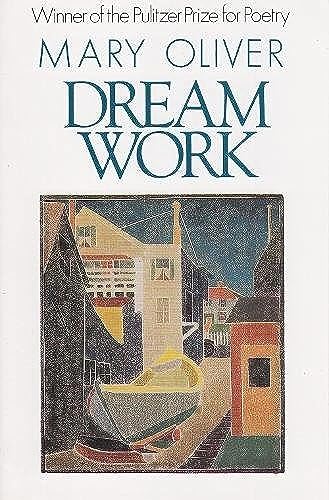 Dream Work, a collection of forty-five poems, follows both chronologically and logically Mary Oliver's American Primitive, which won for her the Pulitzer Prize for the finest book of poetry published in 1983 by an American poet. The depth and diversity of perceptual awareness-so steadfast and radiant in American Primitive-continue in Dream Work. Additionally, she has turned her attention in these poems to the solitary and difficult labors of the spirit-to accepting the truth about one's personal world, and to valuing the triumphs while transcending the failures of human relationships. Whether by way of inheritance-as in her poem about the Holocaust-or through a painful glimpse into the present-as in "Acid," a poem about an injured boy begging in the streets of Indonesia-the events and tendencies of history take on a new importance also. More deeply than in her previous volumes, the sensibility behind these poems has merged with the world. Mary Oliver's willingness to be joyful continues, deepened by self-awareness, by experience, and by choice.… (more)

LibraryThing member les121
School taught me how to read and understand poetry, but it didn't teach me how to enjoy poetry. So when I picked up this book that a friend recommended, it was more out of curiosity than any expectation of enjoyment. To my utter surprise, I found these poems a pleasure to read. They're more accessible than many of the famous poems I've tried reading over the years. You don't get bogged down trying to decipher obscure words and convoluted sentence structure. Instead, you’re free to explore the meaning of the poems, which are thought provoking, intimate, and beautifully vivid. Some poems invite deeper analysis; others just float through my mind and allow me to find my own meaning. If you think you don't like poetry, Dream Work may change your mind. For me, this book was a revelation. I can't wait to discover more amazing poets like Mary Oliver.… (more)
5 more
LibraryThing member thesmellofbooks
One of the very few poetry books I have read from cover to cover. Each one a treasure. Thank you, Madame Oliver.
LibraryThing member andreablythe
Beautiful collection of poem that dip into the Oliver personal association with the world around her and with her writing process. She often uses nature to relation to the spiritual or the emotional, drawing out from a deer walking by or sunflowers in a field a deeper meaning about being alive. And then again, sometimes a hawk is just a hawk and a primrose is just a primrose, and its enough to take in their beauty for just a little while.… (more)
LibraryThing member leslie.98
I like Mary Oliver's poetry but for some reason, I found that many of the poems in this volume, especially at the beginning, didn't speak to me. On the whole, I liked the second part of the book best; these poems were more nature-centered.

That being said, poetry for me is very sensitive to my mood so it may be that I would love these poems at some different time.… (more)
LibraryThing member Smokler
I am brand new to reading Mary Oliver. This was a lovely place to start.
LibraryThing member DanielSTJ
This was a great, small collection of poetry that won the Pulitzer back in the day. Oliver manages to convey much, and variate her style and meaning, depending on the context and the larger idea of her individual poems. There is much to like here, from the longings to the images and even towards the appeals for greater sanctity. This is not a collection to be missed- it deserves acclaim.