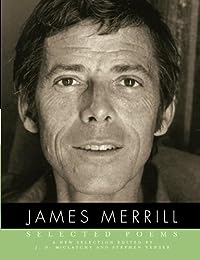 This new Selected Poems replaces an earlier selection of work by James Merrill entitled From the First Nine (1982), now out of print; it includes 121 poems taken from that work and from Late Settings (1985), but it excludes the long narrative poem The Changing Light at Sandover, which is republished simultaneously in a separate volume. Together the two give solid definition to a body of poetic work that must be accounted among the finest in English of our time. Of James Merrill, the critic Harold Bloom has said, "He is indisputably a verse artist comparable to Milton, Tennyson and Pope. Surely he will be remembered as the Mozart of American poetry, classical rather than mannerist or baroque, master of the changing light or perfection that consoles."… (more)