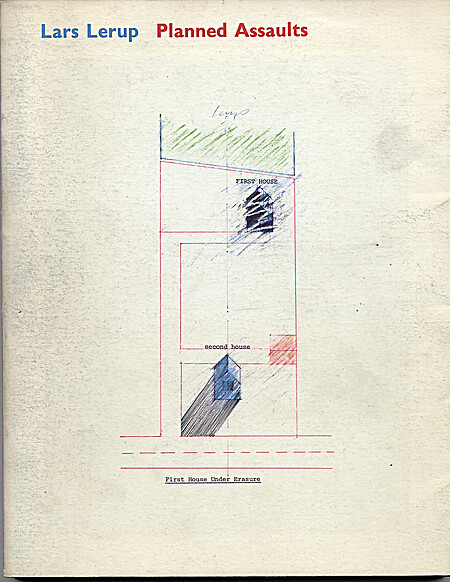 Postscript by Peter EisenmanIn the three house projects drawn and described here, Lars Lerup makes "planned assaults" on both architectural dogma and social convention as they are represented by the single-family house, its site, and its program, real or imaginary. His subjects are a suburban house in California, a Parisian house where a visitor awaits his lover, and a country retreat in Texas for an independent woman. Lerup makes his assault on the house as figure, as plan, and as "family narrative" - a set of conventions in which, he writes, "architecture has no place." For each project he establishes a balanced "tripartite figure" - a place or space for architecture flanked by two smaller structures, each a child's drawing of a house - only to disrupt and animate it through an engineered collision of house and architecture. By a series of transformations derived in part from Le Corbusier's notion of the architectural promenade, Lerup makes, in each case, a new house: the Nofamily House, Love/House, and Texas Zero. But if Le Corbusier's houses were conceived as machines for dwelling, Lerup's are, in Peter Eisenman's words, "dream machines." His devices are Dadaist traps, displacements and rotations, shifts and leans among building elements. His inspirations are not only architectural but poetic, philosophical, and psychoanalytic. His creations invite the dweller or the beholder momentarily to leave behind the patterns of everyday existence, to enter the imag… (more)