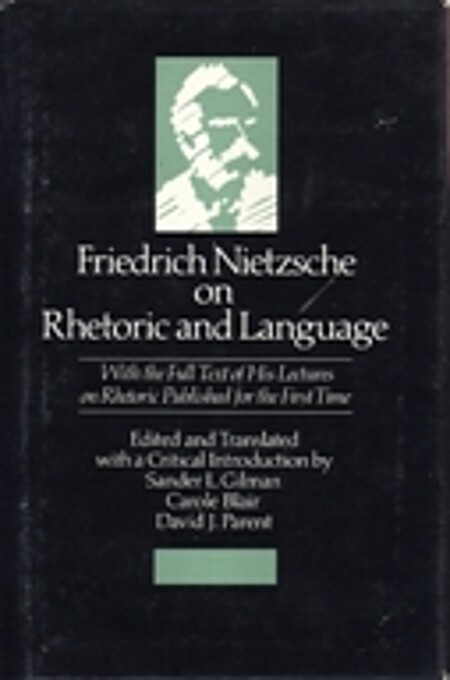 Friedrich Nietzsche on Rhetoric and Language

Presenting the entire German text of Nietzsche's lectures on rhetoric and language and his notes for them, as well as facing page English translations, this book fills an important gap in the philosopher's corpus. Until now unavailable or existing only in fragmentary form, the lectures represent a major portion of Nietzsche's achievement. Included are an extensive editors' introduction on the background of Nietzsche's understanding of rhetoric, and critical notes identifying his sources and independent contributions.

The Gay Science: With a Prelude in Rhymes and an Appendix of Songs by Friedrich Wilhelm Nietzsche
The Will to Power by Friedrich Nietzsche