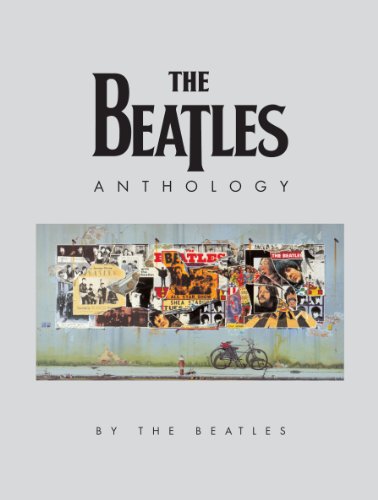 This extraordinary project has been made possible because Paul McCartney, George Harrison and Ringo Starr have agreed to tell their combined story especially for this book. Together with Yoko Ono Lennon, they have also made available the full transcripts (including all the outtakes) of the television and video seriesThe Beatles Anthology. Through painstaking compilation of sources worldwide, John Lennon's words are equally represented in this remarkable volume. Furthermore, The Beatles have opened their personal and management archives specifically for this project, allowing the unprecedented release of photographs which they took along their ride to fame, as well as fascinating documents and memorabilia from their homes and offices. What a bookThe Beatles Anthology is! Each page is brimming with personal stories and rare vintage images. Snapshots from their family collections take us back to the days when John Lennon, Paul McCartney, George Harrison and Richard Starkey were just boys growing up in Liverpool. They talk in turn about those early years and how they came to join the band that would make them known around the world as John, Paul, George and Ringo. Then, weaving back and forth, they tell the astonishing story of life as The Beatles: the first rough gigs, the phenomenon of their rise to fame, the musical and social change of their heyday, all the way through to their breakup. From the time Ringo tried to take this drum kit home on the bus to their much anticipated audience with Elvis, from the making of the Sgt. Pepper album to their last photo session together at John's house,The Beatles Anthology is a once-in-a-lifetime collection of The Beatles' own memories. Interwoven with these are the recollections of such associates as road manager Neil Aspinall, producer George Martin and spokesman Derek Taylor. And included in the vast array of photographs are materials from both Apple and EMI, who also opened their archives for this project. This, indeed, is the inside story, providing a wealth of previously unpublished material in both word and image. Created with their full cooperation,The Beatles Anthology is, in effect, The Beatles' autobiography. Like their music has been a part of so many of our lives, it's warm, frank, funny, poignant and bold. At last, here is The Beatles' own story.… (more)

LibraryThing member AileenPowell
The Fab Four are the alpha and omega of all things music as far as I'm concerned. There have been 8,000 books written about them and I'm sure I have most of them, but if I have to choose just one, it certainly will be the one in their own words! Liverpool Hope University is now offering an MA in Beatles studies; may have to apply to that program (since I know I can at least pass the courses).… (more)
5 more
LibraryThing member muffin_killer
It's great--really THE book on the Beatles. Who better to talk about the Beatles than John, Paul, George and Ringo!

Although I love it, there are some issues. First off, I'd recommend reading a basic biography on the Beatles before hand (to get the main events and people down) or else it can get a little confusing. Also, the sheer bulk of the book makes it very difficult to read comfortably (I actually lugged it with me on the plane, and I found that to be the most comfortable). It also tends to be slightly repetitive--you ARE reading about the same event from four perspectives. Minor details that bother other people, are that the pictures aren't labeled and sometimes, the print is difficult to read, but I didn't find it too bad.

All in all, it's a definate must for any Beatle fan, whether you read it cover to cover, or just simply leave on the coffee table and flip through it on occasion.… (more)
LibraryThing member boeflak
A good coffee table ornament, suitable for digesting a morsel when you're dressed up and ready to go out for an evening and your spouse says "I'll be ready in a minute." There's an extraordinary section on The Beatles trip to The Phillipines, and the shock that they are not just members of a band anymore; they are prisoners of their popularity, and will never again be able to go out in public unmolested and unprotected.… (more)
LibraryThing member russelllindsey
I'm such a Beatles fan that I'd love just about anything writing about them. I would have given it a 5, but I can't get enough of the Beatles.
LibraryThing member Brightman
Exhaustive documentation of the Beatles.
LibraryThing member skelterhelter
The ultimate Bible for any hardcore Beatles fan. It has everything and anything about them, all told from the Beatles themselves. Great pictures too.
Fewer