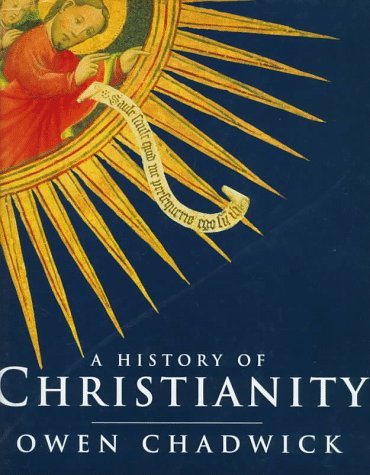 A History of Christianity

"Starting with Christianity's origins as a Jewish sect, the author shows how Europe was converted; and then how the Christian faith was accepted by the Americas, much of Africa and parts of the East. He discusses the effects of the faith on the lives of believers throughout two millennia: the mutually uneasy relationship of the early Christians with the State; the rise of great monastic and clerical institutions, the different holy orders and their roles in disseminating the faith; Christ's imitators, and the canonization of exemplary Christians; the coming of the Protestants, and their attitudes towards work, worship and religious toleration; and Christianity's decline in Europe but expansion into the wider world, alongside twentieth-century issues such as the emancipation of women, birth control, Muslim fundamentalism, Nazi racism and Marxist atheism." "In addition, he explains the evolution of the faith's artistic expression: the development of ecclesiastical architecture, from discreet house churches in the Roman age, via the soaring splendour of the Middle Ages, to the studios of the TV evangelists; the rituals, including the interpretations of the sacred texts, vestments, and the rise of choral music, from oratorio to hymns and spirituals. He discusses the Church's role in caring within the community - both medical and pastoral care - and its shifting attitudes to cruelty and war, from the martyrdoms of the Spanish Inquisition to the pacifism of this century."--BOOK JACKET.Title Summary field provided by Blackwell North America, Inc. All Rights Reserved… (more)

LibraryThing member saintbedefg
This in-depth, fully illustrated book is by a former Cambridge professor, From its beginnings as a Jewish sect through the 20th century, his perspective is guaranteed to show you things you never knew before. The last hundred years, for instance, has been without doubt the bloodiest onslaught against religion in all of human history, Page 255 begins with a section of "Conscience and War" -- the conscience of Christianity -- and outlines the positions of that Church as a whole, from pacifism to outright instigator, is there just and unjust war? Is there on weapon more immoral than another? He notes in 1139 the crossbow was declared such -- except against the Saracens --by the Church. Up to the hydrogen bomb and bacterial warfare "the generals took no notice..." OCT 2004… (more)