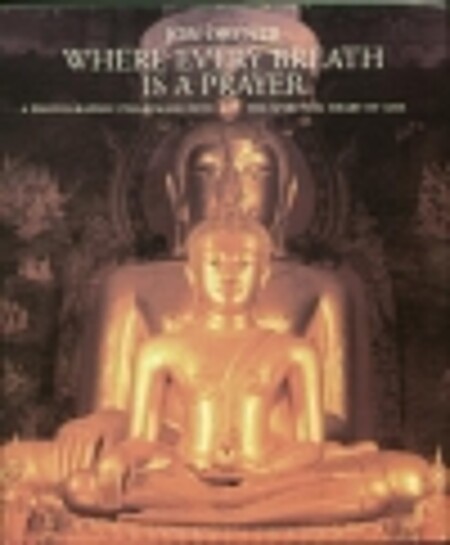 Where Every Breath is a Prayer : A Photographic Pilgrimage into the Spiritual Heart of Asia

"For twenty years, renowned photographer Jon Ortner has been devoted to exploring the wonders of the most haunting and mystical of all regions on earth - spiritual Asia and the ancient lands of the Himalaya. Following in the footsteps of holy men and shamans, Ortner has trekked thousands of miles - many remote and dangerous - through Nepal, India, Myanmar, Thailand, Cambodia, Java, and Bali, to rediscover and record sacred topography, archeological and architectural marvels, and people whose lives are focused on enlightenment and growth. Where Every Breath is a Prayer is the culmination of this lifelong adventure and his gift to the West." "Witness the world's highest peaks and deepest gorges of the Himalaya; the world's oldest city, Varanasi, on the holy Ganges River; the once forbidden temples of Myanmar and Cambodia; the Grand Palace of Bangkok, and the magical landscape of Java. Here is sacred Asia - her spiritual glory kept alive by wandering mendicants, sages, and monks, religious artwork and artifacts, entrancing dancers, gold and jewel-encrusted shrines, ascetic rituals of devotion, and countless other visions few Westerners have seen." "Accompanying these evocative images are compelling factual and mythological narratives that trace the evolution and diffusion of the Hindu and Buddhist religions. From the primitive beginnings of animism, to the Hindu Creation Myth, to the birth of the Hindu prince, Siddhartha Gautama, and his legacy of Buddhist enlightenment, Ortner leads us down a path unbroken for thousands of years."--BOOK JACKET.Title Summary field provided by Blackwell North America, Inc. All Rights Reserved… (more)