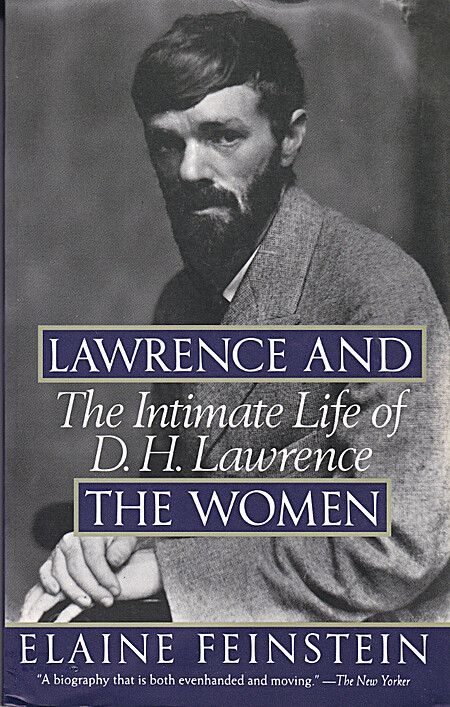 Lawrence and the Women: The Intimate Life of D.H. Lawrence

D.H. Lawrence is recognized as one of the greatest novelists of this century. His work is taught in schools and universities all over the world. Yet, more than thirty years after the failure to ban Lady Chatterley's Lover in England fundamentally changed the moral climate of that country and of America, Lawrence remains a controversial figure. Regarded by many women during his lifetime as a sexual prophet, in recent years his supposed misogyny has drawn fierce condemnation from feminist critics. In this new biography of Lawrence, Elaine Feinstein explores his relationships with the women in his own life, many of whom have their counterparts in his novels. She traces the obsessive nature of his love for his mother, Lydia; his difficult relationship with his first sweetheart, Jessie Chambers; his pursuit of the bisexual Helen Corke; and the failure of his youthful engagement to Louisa Burrows. She gives a fascinating account of his long, battling marriage to Frieda von Richthofen; his friendships with women writers like Katherine Mansfield and Catherine Carswell; and the attachment to Lawrence of patronesses such as Lady Ottoline Morrell, Lady Cynthia Asquith and Mabel Dodge Luhan. Lawrence and the Women investigates the paradoxes of Lawrence's personality. He was considered to have a rare understanding of women's sexuality, yet his own sexual relationships were unusually difficult. He put all his faith in the energies of the body, yet his own was frail and sickly. He argued that women needed to submit to men, but he never succeeded in dominating his own wife, Frieda. With a novelist's eye for detail and uncanny intuition about character, Elaine Feinstein probes the sources of Lawrence's attitudes toward women with candor and compassion. Always responsive to the poetry and power of his writing, she offers a fresh and surprising portrait of one of the most misunderstood literary figures of our time.… (more)

The Priest of Love: A Life of D. H. Lawrence by Harry Thornton Moore
D.H. Lawrence : the life of an outsider by John Worthen
A Genius for Living : The Life of Frieda Lawrence by Janet Byrne
Hemingway : a life without consequences by James R. Mellow
The letters of T.S. Eliot by T. S. Eliot
1 more
The Life of Dylan Thomas by Constantine Fitzgibbon
Fewer