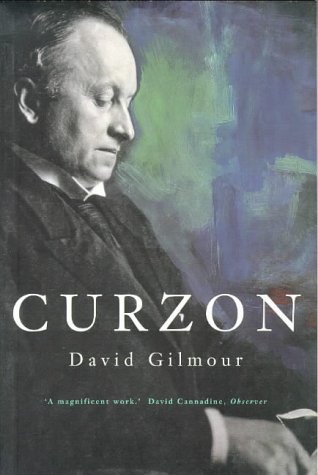 "A Superb New Biography . . . A Tragic Story, Brilliantly Told." --Andrew Roberts, "Literary Review George Nathaniel Curzon's controversial life in public service stretched from the high noon of his country's empire to the traumatized years following World War I. As viceroy of India under Queen Victoria and foreign secretary under King George V, the obsessive Lord Curzon left his unmistakable mark on the era. David Gilmour's award-winning book--with a new foreword by the author--is a brilliant assessment of Curzon's character and achievements, offering a richly dramatic account of the infamous long vendettas, the turbulent friendships, and the passionate, risky love affairs that complicated and enriched his life. Born into the ruling class of what was then the world's greatest power, Curzon was a fervent believer in British imperialism who spent his life proving he was fit for the task. Often seen as arrogant and tempestuous, he was loathed as much as he was adored, his work disparagedas much as it was admired. In Gilmour's well-rounded appraisal, Curzon emerges as a complex, tragic figure, a gifted leader who saw his imperial… (more)

LibraryThing member jcolvin
The book includes much contemporary material. This gives the book substance and helps to bring its complex subject into focus.
2 more
LibraryThing member ponsonby
A very substantial and definitive biography of one of Britain's most distinctive politicians of the late 19th century and early 20th century. Curzon was a tremendous traveller and scholar of other lands, and architecture, and this informed his approach to his Viceroyalty of India. His subsequent political career in Britain had highs but was also full of disappointments. Gilmour (son of a Conservative politician himself) puts all this into a well-written context but keeps the story moving well. The approach is sympathetic to its subject but never hagiographic.The deep scholarship behind the book is real but never intrusive. Really a model of its kind.… (more)
LibraryThing member NielsenGW
George Nathanial Curzon, the Most Honorable 1st Marquess Curzon of Kedleston, was indeed a very interesting fellow. He was the oldest son of Alfred Curzon, 4th Baron Scarsdale, and educated at Eton and Balliol. While his father considered it a waste of time, he ventured off the homestead and explored Russia and most of Central and Southeast Asia. His explorations of the Amu Darya (Oxus River) granted him admission into the Royal Geographic Society. His travels and extensive knowledge of the geography and politics of India led to his appointment as Viceroy of India in 1899. Even with his aristocratic upbringing, he strived to earn the loyalty and respect of his subjects, and even took efforts to ensure a proper restoration of the Taj Mahal. After returning to England, he became the Chancellor of Oxford, sat in the House of Lords, and became Foreign Secretary. Unfortunately, he was passed over for the post of Prime Minister in 1923 and died just a few years later.

Gilmour’s writing is stiff at first but ultimately smoothes out. This book is as impressive as it is long. While Curzon is not a well known British figure in the United States, Great Britain and India celebrate his legacy and it was nice to get a glimpse of India under colonial rule. Curzon could have been a better Prime Minister than Stanley Baldwin, but the politics of the day were stacked against members of the House of Lords. In the end, he was a intriguing part of the intertwined history of Great Britain and India. Gilmour’s biography is, for the most part, balanced and sourced well. He defers greatly to others who have approached the subject before him, but thankfully had access to more complete resources and the advantage of a wider historical lens. A daunting but very interesting read.… (more)
Fewer

Gladstone : a Biography by Roy Jenkins
Soldier Sahibs : the men who made the North-West Frontier by Charles Allen
The rise and fall of the British Empire by Lawrence James
Sahib: The British Soldier in India 1750-1914 by Richard Holmes