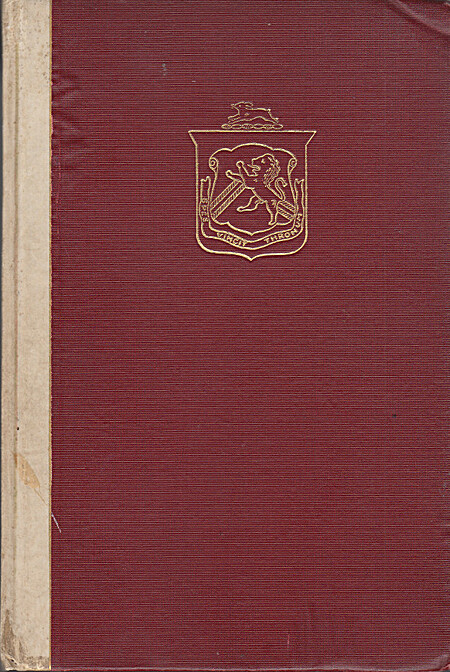 In 1853, with money in his pocket and elegant clothes in his saddlebags, a twenty-four-year-old New Englander of aristocratic Yankee stock toured the territories of California, Oregon, Washington, and British Columbia. The Canoe and the Saddle recounts Theodore Winthrop's Northwest tour. A novelized memoir of his travels, it became a bestseller when it was published shortly after the author's untimely death in the Civil War. This critical edition of Winthrop's work, the first in over half a century, offers readers the original text with a narrative overview of the nature and culture of the Pacific Northwest and reflections on the ecological and racial turmoil that gripped the region at the time. It also provides a fresh perspective on the aesthetic, historical, cultural, anthropological, social, and environmental contexts in which Winthrop wrote his sometimes disturbing, sometimes enlightening, and always riveting account. Whether offering portraits of Native American culture--in particular, commenting on the Chinook Jargon--making keen and often prescient observations on nature, or deploying transcendental, animist, or Hudson River School aesthetics (likely learned from his friend Frederick Church), Winthrop develops a clear and compelling picture of a time and place still resonant and relevant today.… (more)

LibraryThing member Staroleum
Though often elitist and prejudicial, Winthrop's travel took chutzpah - though some of the details may have perhaps been exaggerated, who knows...

Still a fairly remarkable tale, though, and one featuring lots of romantic naturalistic literary flourish, while remaining quite readable.

Also, in his "Tale of The Dalles", he recounts an Indian legend of what would become known as the great Bretz floods long before Bretz advanced his controversial theory of monumental ice age flooding that scoured the landscape of Eastern Washington.… (more)
1 more
LibraryThing member lazysky
Published 1863 ( ©1862) First Edition. Tight, clean near fine. Brown stamped boards with gilt lettering on spine.

... "A twenty-four-year-old New Englander of aristocratic Yankee stock toured the territories of California, Oregon, Washington, and British Columbia. A novelized memoir of his travels, it became a bestseller when it was published shortly after the author's untimely death in the Civil War." The author, Major Winthrop, was one of the first Union officers killed in the Civil War in 1861.

A novelization of the author's Northwest tour made in 1853, providing a vivid picture of the nature and culture of the pacific Northwest and descriptive conversations with the Chinook, Kallapooga, Haida Indians, among others. His narrative is told with considerable humor, and contains 4 pages of Chinook vocabulary. The second work, "Isthmiana, " was a sketch found among Winthrop's papers, a rapidly written journal of his travels in the Isthmus of Panama.

The Northwest Coast: Or, Three years' Residence in Washington Territory by James G. Swan
The American Northwest: A History of Oregon and Washington by Gordon B. Dodds
The untamed Olympics; the story of a peninsula by Ruby El Hult
Washington State place names by James Wendell Phillips
Washington Territory by Robert E. Ficken
19 more
The last wilderness by Murray Cromwell Morgan
The Good Rain: Across Time and Terrain in the Pacific Northwest by Timothy Egan
Seattle, past to present by Roger Sale
Skid road : an informal portrait of Seattle by Murray Cromwell Morgan
Tragedy of Leschi by Ezra Meeker
Puget's Sound : a narrative of early Tacoma and the southern Sound by Murray Cromwell Morgan
Oysterville : roads to grandpa's village by Willard R. Espy
Exploring Washington's past : a road guide to history by Ruth Kirk
The Collector : David Douglas and the Natural History of the Northwest by Jack Nisbet
Northwest Explorations by Gordon Speck
Snoqualmie Pass: From Indian Trail to Interstate by Yvonne Prater
Island Year by Hazel Heckman
Seattle, now & then by Paul Dorpat
Across the Olympic Mountains : The Press Expedition, 1889-90 by Robert L. Wood
One Man's Gold Rush: A Klondike Album by Murray Morgan
Oregon Geographic Names by Lewis A. McArthur
Northwest passage : the great Columbia River by William Dietrich
Seattle: Then & Now by James Madison Collins
Native Seattle : histories from the crossing-over place by Coll-Peter Thrush
Fewer