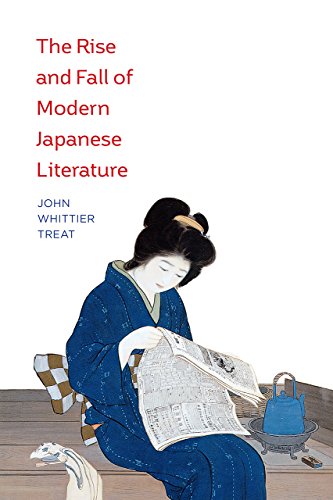 The Rise and Fall of Modern Japanese Literature

The Rise and Fall of Modern Japanese Literature tells the story of Japanese literature from its start in the 1870s, against the backdrop of a rapidly coalescing modernity, to the present. John Whittier Treat takes up both cononical and forgotten works, the nonliterary as well as the literary, and pays special attention to the Japanese state's hand in shaping literature throughtout the country's nineteenth-century industrialization, a half-century of empire and war, its post-1945 reconstruction, and the challenges of the twenty-first century to modern nationhood. Beginning with journalistic accounts of female criminals in the aftermath of the Meiji civil war, Treat moves on to explore how novelist Higuchi Ichiys stories engaged with modern liberal economics, sex work, and marriage; credits Natsume Seki's satire I Am a Cat with the triumph of print over orality in the early twentieth century; and links narcissism in the visual arts with that of the Japanese I-novel on the eve of the country's turn to militarism in the 1930s. From imperialism to Americanization and the new media of television and manga, from boogie-woogie music to Yoshimoto Banana and Murakami Haruki, Treat traces the stories Japanese audiences expected literature to tell and those they did not. The book concludes with a classic of Japanese science fiction and a description of present-day crises writers face in a Japan hobbled by a changing economy and unprecedented natural and manmade catastropes. The Rise and Fall of Modern Japanese Literature reinterprets the "end of literature"--a phrase heard often in Japan--as a clarion call to understand how literary culture worldwide now teeters on a historic precipice, one at which Japan's writers may have arriaved just a moment before the rest of us--back cover.… (more)