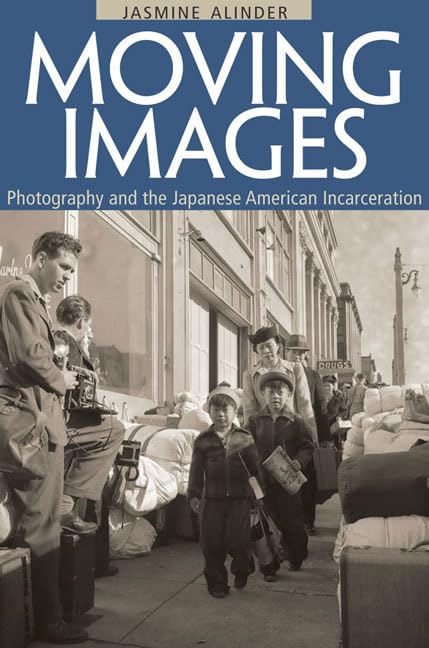 "When the American government began impounding Japanese American citizens after Pearl Harbor, photography became a battleground. The control of the means of representation affected nearly every aspect of the incarceration, from the mug shots criminalizing Japanese Americans to the prohibition of cameras in the hands of inmates. The government hired photographers to make an extensive record of the forced removal and incarceration but forbade Japanese Americans from photographically documenting the conditions of the camps or any aspect of their lives. In this insightful study, Jasmine Alinder explores the photographic record of the imprisonment in war relocation centers such as Manzanar, Tule Lake, Jerome, and others. She investigates why photographs were made, how they were meant to function, and how they have been reproduced and interpreted subsequently by the popular press and museums in constructing versions of public history." "Moving Images examines the work of Japanese American photographers operating both during and after the incarceration, including Manzanar inmate Toyo Miyatake, who constructed his own camera to document the complicated realities of camp life for his fellow inmates. More recently, contemporary artists Patrick Nagatani and Masumi Hayashi have used photography to reckon with the legacy of incarceration by journeying to the camp sites and creating photographs that bridge the intergenerational divides between their parents, themselves, and their children." "Illustrated with more than forty photographs, Moving Images reveals the significance of the camera in the process of incarceration as well as the construction of race, citizenship, and patriotism in this complex historical moment."--Back cover.… (more)