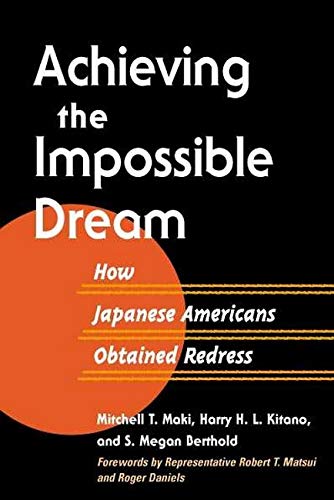 Nearly fifty years after being incarcerated by their own government, Japanese American concentration camp survivors succeeded in obtaining redress for the personal humiliation, family dislocation, and economic ruin caused by their ordeal. An inspiring story of wrongs made right as well as a practical guide to getting legislation through Congress, Achieving the Impossible Dream tells how members of this politically inexperienced minority group organized themselves at the grass-roots level, gathered political support, and succeeded in obtaining a written apology from the president of the United States and monetary compensation in accordance with the provisions of the 1988 Civil Liberties Act.