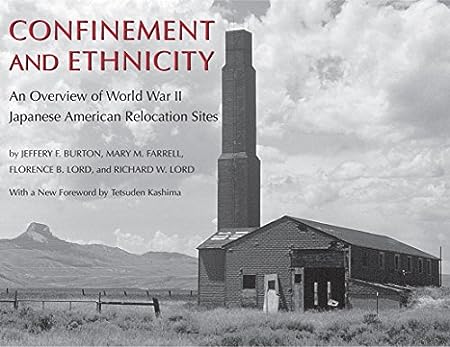 Confinement and Ethnicity documents in unprecedented detail the various facilities in which persons of Japanese descent living in the western United States were confined during World War II: the fifteen ?assembly centers? run by the U.S. Army's Wartime Civil Control Administration, the ten ?relocation centers? created by the War Relocation Authority, and the internment camps, penitentiaries, and other sites under the jurisdiction of the Justice and War Departments. Originally published as a report of the Western Archeological and Conservation Center of the National Park Service, it is now reissued in a corrected edition, with a new Foreword by Tetsuden Kashima, associate professor of American ethnic studies at the University of Washington. Based on archival research, field visits, and interviews with former residents, Confinement and Ethnicity provides an overview of the architectural remnants, archeological features, and artifacts remaining at the various sites. Included are numerous maps, diagrams, charts, and photographs. Historic images of the sites and their inhabitants -- including several by Dorothea Lange and Ansel Adams -- are combined with photographs of present-day settings, showing concrete foundations, fence posts, inmate-constructed drainage ditches, and foundations and parts of buildings, as well as inscriptions in Japanese and English written or scratched on walls and rocks. The result is a unique and poignant treasure house of information for former residents and their descendants, for Asian American and World War II historians, and for anyone interested in the facts about what the authors call these ?sites of shame.'… (more)