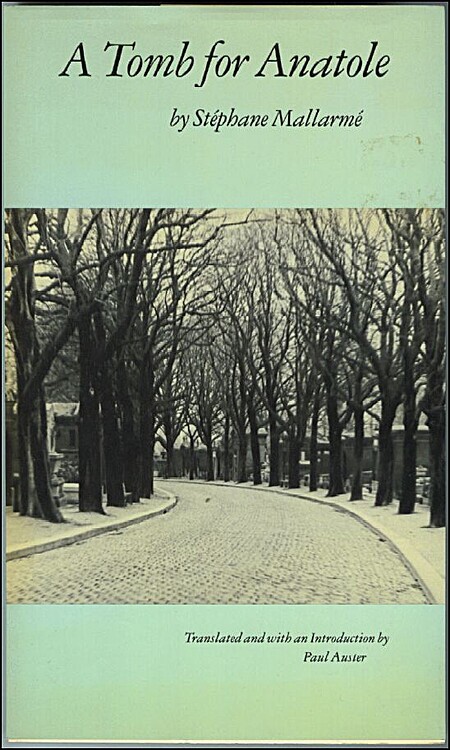 A tomb for Anatole

"One of the most moving accounts of a man trying to come to grips with modern death that is to say, death without God, death without hope of salvation and it reveals the secret meaning of Mallarme's whole aesthetic: the elevation of art to the stature of religion." Paul Auster, from the Introduction The great French Symbolist poet Stephane Mallarme (1842-1898), who changed the course of modern French literature (and influenced writers from James Joyce to T.S. Eliot to Wallace Stevens), suffered many tragedies. His mother died when he was just five years old, but in 1879 the cruelest blow of all struck when his beloved son Anatole died at the age of eight.A Tomb for Anatole presents the 202 fragments of Mallarme's projected long poem in four parts. By far the poet's most personal work, he could never bring himself to complete it. To speak publicly of his immense sorrow, Mallarme concluded, "for me, it's not possible." Unpublished in France until 1961, these works are very far from the oblique, cool "pure poetry" Mallarme is famous for, poetry that sought to capturepainstakingly"l'absente de tous bouquets" (the ideal flower absent from all bouquets). Paul Auster, who first publishedA Tomb for Anatole with the North Point Press in 1983 (a volume long out of print), notes in his excellent introduction that facing "the ultimate horror of every parent," these fragments "have a startling unmediated quality." As Mallarme writes, it is "a vision / endlessly purified / by my tears."… (more)