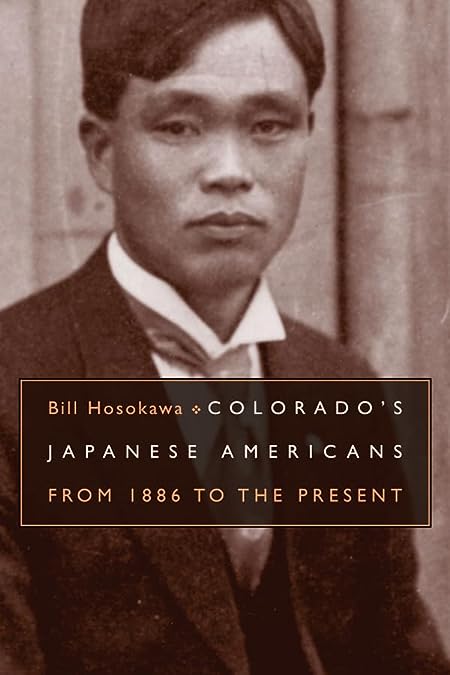 Colorado's Japanese Americans : from 1886 to the present

In Colorado's Japanese Americans, renowned journalist and author Bill Hosokawa pens the first history of this significant minority in the Centennial State. From 1886, when the young aristocrat Matsudaira Tadaatsu settled in Denver, to today, when Colorado boasts a population of more than 11,000 people of Japanese ancestry, Japanese Americans have worked to build homes, businesses, families, and friendships in the state. Hosokawa traces personal histories, such as Bob Sakata's journey from internment in a relocation camp to his founding of a prosperous truck farm; the conviction of three sisters for assisting the escape of German POWs; and the years of initiative and determination behind Toshihiro Kizaki's ownership of Sushi Den, a beloved Denver eatery. In addition to personal stories, the author also relates the larger history of the interweave of cultures in Colorado, from the founding of the Navy's Japanese language school at the University of Colorado to the merging of predominantly white and Japanese American congregations at Arvada's Simpson United Methodist Church. With the author's long view and sharp eye, Colorado's Japanese Americans creates a storied document of lasting legacy about the Issei and Nisei in Colorado.… (more)