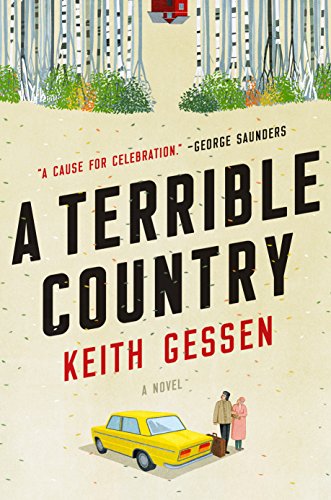 ""A cause for celebration: big-hearted, witty, warm, compulsively readable, earnest, funny, full of that kind of joyful sadness I associate with Russia and its writers." --George Saunders, Man Booker Prize-winning author of Lincoln in the Bardo. A literary triumph about Russia, family, love, and loyalty--the first novel in ten years from a founding editor of n+1 and author of All the Sad Young Literary Men. When Andrei Kaplan's older brother Dima insists that Andrei return to Moscow to care for their ailing grandmother, Andrei must take stock of his life in New York. His girlfriend has stopped returning his text messages. His dissertation adviser is dubious about his job prospects. It's the summer of 2008, and his bank account is running dangerously low. Perhaps a few months in Moscow are just what he needs. So Andrei sublets his room in Brooklyn, packs up his hockey stuff, and moves into the apartment that Stalin himself had given his grandmother, a woman who has outlived her husband and most of her friends. She survived the dark days of communism and witnessed Russia's violent capitalist transformation, during which she lost her beloved dacha. She welcomes Andrei into her home, even if she can't always remember who he is. Andrei learns to navigate Putin's Moscow, still the city of his birth, but with more expensive coffee. He looks after his elderly--but surprisingly sharp!--grandmother, finds a place to play hockey, a cafe to send emails, and eventually some friends, including a beautiful young activist named Yulia. Over the course of the year, his grandmother's health declines and his feelings of dislocation from both Russia and America deepen. Andrei knows he must reckon with his future and make choices that will determine his life and fate. When he becomes entangled with a group of leftists, Andrei's politics and his allegiances are tested, and he is forced to come to terms with the Russian society he was born into and the American one he has enjoyed since he was a kid. A wise, sensitive novel about Russia, exile, family, love, history and fate, A Terrible County asks what you owe the place you were born, and what it owes you. Writing with grace and humor, Keith Gessen gives us a brilliant and mature novel that is sure to mark him as one of the most talented novelists of his generation"--… (more)

LibraryThing member bogopea
A novel so captivating that I kept feeling it was a memoir. The author is Russian born though has lived in the US for most of his life. Basically the novel is about Andrei who returns to Russia in his 30's to care for his grandmother who is in declining health. He stays about a year and has no game plan for the rest of his life. He was mostly an academic, unable to find a professorship anywhere so felt like a loser. In Russia, he slowly meet others around his age and engages in sports and political discussions and also finds romance. The relationship and banter between Andrei and his grandmother was engaging. It is funny yet sad, sometimes confusing and frustrating, but very addictive. I really loved all that was going on and felt he was not a loser but finding his own voice.… (more)
5 more
LibraryThing member sleahey
A fascinating glimspe into Moscow life in the early 21st century. Andrei was born in Russia, moved with his parents to the US when a child, and now has returned to Moscow to care for his elderly grandmother. Equipped with a doctorate in Russian Literature, Andrei finds it difficult at first to find his place, but eventually through hockey and participation in a political discussion group he makes friends and comes to love his Moscow life. The question remains, though, whether he can really understand the social/political/justice systems in place in contemporary Russia.… (more)
LibraryThing member maryreinert
This is really a on-the ground look at life in Russia today. Andrei, a young man born in Russia, but raised in the United States, returns to Moscow to take care of his elderly grandmother and he and his brother are the only family. Dima, the brother, has been living in Russia and seems to be caught up in some kind of political fiasco and leaves the country. Upon arrival Andrei is almost a stranger although he does speak the language and is finishing a doctorate degree in Russian history and literature. Unable to find a job, going to Moscow seems like the thing to do.

Grandmother is aged and suffering from dementia but welcomes Andrei. His experiences with her and the compasionate care he gives her is touching throughout. His learning to navigate Moscow and the Russian culture is another thing altogether. A hockey enthusiast, he attempts to find a place to play and meets a variety of characters. Some are a part of the Russian establishment; others are in protest. Rather than the government being the oppressor here, it is the large multinational corporations such as RussOil. Andrei meets Yulia, a young woman who is an activist in a group of people calling for a return to socialism. There are scenes of protest, counter-protest (perhaps staged by the government), and a wide variety of philosophies regarding the direction Russian should take. Prices are high for most, yet there are department stores offering very expensive items. Grandmother's visit to a store attempting to purchase a new sweater is just one example of the wide range of economic status of the people. In short, the government supports the rich who in turn keep getting richer.

A fascinating book that offers a look at modern day Russia under Putin. There are times, however, when I feel the author staged events in order to "explain and preach." I loved the interaction between Andrei and his grandmother. There are some rather stock Russian characters especially thugs who seem to be everywhere. In short, interesting!… (more)
LibraryThing member kayanelson
TOB 2019--Here is an example of an extremely readable book. I enjoyed the look into Russian life. But despite that I didn't think it was special or different. I keep on trying to think about other things to say but can't come up with anything which indicates that it was just average for me.
LibraryThing member cygnet81
The most accurate description I’ve read of life for an expat in Russia.
LibraryThing member RidgewayGirl
. . . I felt the terrible freedom of this place. It was a fortress set down in a hostile environment. On one side the Mongols; on the other the Germans, Balts, and Vikings. So the Russians built this fortress here on a bend in the Yauza River, and hoped for the best. They built it big because they were scared. It was a gigantic country, and even now, in the twenty-first century, barely governed. You could do anything, really. And amid this freedom, this anarchy, people met and fell in love and tried to comfort one another.

In A Terrible Country, under-employed adjunct professor, Andrei Kaplan, moves to Moscow to care for his grandmother. He grew up as her adored grandson, but soon after he arrives, she says this:

"Andryusha," she said. "You're such a dear person to me. To our whole family. But I can't remember right now. How did we come to know you?"

And so begins Andrei's life in Moscow. He's teaching several on-line courses, so he spends hours in the only affordable coffee shop he can find. He cares for his little grandmother, someone he cares deeply about, but is nonetheless often frustrated by. He has trouble making any connections, and even finding a place to play hockey is an insurmountable task. But eventually he settles into Moscow, into the place his grandmother consistently reminds him is a terrible country.

I was utterly charmed by this novel, even charmed by the Moscow Keith Gessen presents, a violent place where might makes right and ordinary people are trampled, if not by the authorities, then by the gangsters who control much of what goes on. Because underneath that cold and disregard are ordinary Muscovites, quietly making lives for themselves, playing hockey, building a dacha, falling in love and working to change their country. This is an outlier for me, as usually a WMFuN* is not something I have tolerance for, but Andrei is such a warm, caring, struggling guy that I liked him and the setting, from Moscow, to the academics scrambling to find employment, to the Muscovites joining together to change Russia was just so fascinating and vividly described.

Lost children archive : a novel by Valeria Luiselli
Milkman by Anna Burns
Washington Black : A Novel by Esi Edugyan
A Gentleman in Moscow by Amor Towles
Manhattan Beach: A Novel by Jennifer Egan
6 more
There there : a novel by Tommy Orange
Sing, Unburied, Sing by Jesmyn Ward
Spring by Ali Smith
The Friend: A Novel by Sigrid Nunez
Warlight (Vintage International) by Michael Ondaatje
The Great Believers by Rebecca Makkai
Fewer