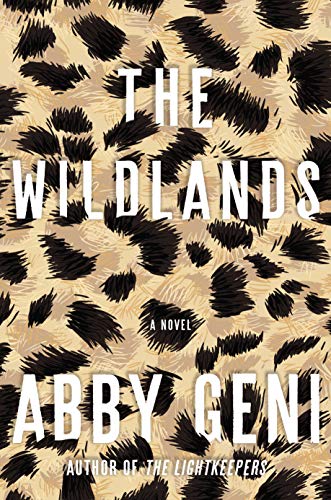 The wildlands : a novel

"Geni's fascination with the borders between human and animal drives this distinctive sophomore novel . . . Geni continues to create works of art with perfect voices that are simultaneously thrillers and meditations on nature. It is an incredible trick." --Kirkus Reviews (starred review) When a Category 5 tornado ravaged Mercy, Oklahoma, no family in the small town lost more than the McClouds. Their home and farm were instantly demolished, and orphaned siblings Darlene, Jane, and Cora made media headlines. This relentless national attention and the tornado's aftermath caused great tension with their brother, Tucker, who soon abandoned his sisters and disappeared. On the three-year anniversary of the tornado, a cosmetics factory outside of Mercy is bombed, and the lab animals trapped within are released. Tucker reappears, injured from the blast, and seeks the help of nine-year-old Cora. Caught up in the thrall of her charismatic brother, whom she has desperately missed, Cora agrees to accompany Tucker on a cross-country mission to make war on human civilization. Cora becomes her brother's unwitting accomplice, taking on a new identity while engaging in acts of escalating violence. Darlene works with Mercy police to find her siblings, leading to an unexpected showdown at a zoo in Southern California.The Wildlands is another remarkable literary thriller from critically acclaimed writer Abby Geni, one that examines what happens when one family becomes trapped in the tenuous space between the human and animal worlds.… (more)

LibraryThing member ErickaS
Four orphans living in a trailer in Oklahoma are just trying to scrape by after a tornado destroyed their home and family. Tucker, the only brother, runs off, and Darlene, the eldest, takes on the responsibility of caring for her two younger sisters, forgoing her dream of going to college. They manage to eke out a living until one day when Tucker returns. He’s been on a rampage with an extreme animal rights group, and now he wants to take his activism to the next level. He kidnaps his youngest sister, Cora, and goes on a spree to save animals and avenge their mistreatment. Darlene is left behind with her sister Jane, torn in different directions to keep her family afloat and rescue Cora.

The Wildlands addresses some relevant issues: the media’s responsibility in reporting tragedy, filial duty, and responsible vs extreme activism. This story kept me on my toes, wondering what Tucker would do next and how 9-year-old Cora would cope with her predicament of remaining devoted to her brother while his actions and behavior become increasingly dangerous.

Many thanks to Edelweiss and Counterpoint Press for the advance copy in exchange for my review.… (more)
2 more
LibraryThing member froxgirl
Beginning at the end, I find novels so much more satisfying when there's an epilogue. While I prefer her earlier and brilliant The Lightkeepers, this story of an obsessed ecological avenger and his nine year old sister/accomplice is touching on a few levels. The McClouds, a/k/a "the Saddest Family In Mercy, Oklahoma", are devastated by the death of their matriarch in childbirth and then by a hurricane that destroys their farm and orphans them. Eldest sister Darlene takes responsibility for keeping them going, but brother Tucker blames Darlene for keeping him in the storm cellar as their father tries in vain to save their horses, cows, and himself. Tucker, who has always had extraordinary communications skills with animals, joins an Eco-Activist group and takes youngest sister Cora on the lam with him. Cora and Darlene serve as narrators, as each suffers within their own destinies. The narrative takes a tumultuous turn at the end, with one of the most suspenseful chapters I've ever read outside of a mystery or thriller. This is a most memorable read.

Quotes: "Boys seemed simpler than girls, less intricately calibrated. The boys I knew seemed to have only one feeling at a time, a single strong emotion vibrating like the note of a tuning fork."

"I used to think of adulthood as a hallway lined with doors, each marked by a different milestone: Sex, Money, Marriage, Parenthood, Death. As people entered puberty, they moved along the corridor, opening the rooms one by one, gaining access at last to the mysteries within. To children, however, the doors were locked. I knew the terms of adulthood - the words written outside - and that was all. Most grownups were willing to offer only a hint, a glance through the keyhole."… (more)
LibraryThing member KatyBee
An intense, well-written novel with another unique storyline by this talented writer. The devastating impact of a terrible tornado in a small Oklahoma town, four siblings trying to survive the aftermath, and the path of the brother into animal activism and eco-terrorism. A very strong story about the emotional bonds between sisters and brothers.… (more)
Fewer

The Great Believers by Rebecca Makkai