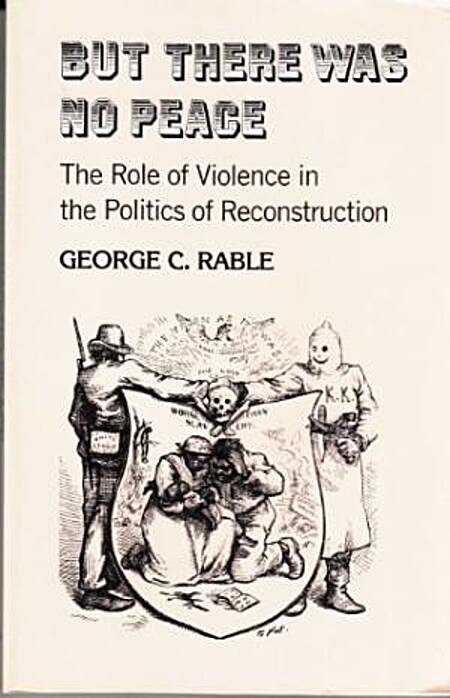 But there was no peace : the role of violence in the politics of Reconstruction

This is a comprehensive examination of the use of violence by conservative southerners in the post-Civil War South to subvert Federal Reconstruction policies, overthrow Republican state governments, restore Democratic power, and reestablish white racial hegemony. Historians have often stressed the limited and even conservative nature of Federal policy in the Reconstruction South. However, George C. Rable argues, white southerners saw the intent and the results of that policy as revolutionary. Violence therefore became a counterrevolutionary instrument, placing the South in a pattern familiar to students of world revolution.

The Tragic Era: The Revolution after Lincoln by Claude Gernade Bowers
Black reconstruction in America by W. E. B. Du Bois
Reconstruction : America's unfinished revolution, 1863-1877 by Eric Foner
The New York City draft riots : their significance for American society and politics in the age of the Civil War by Iver Bernstein