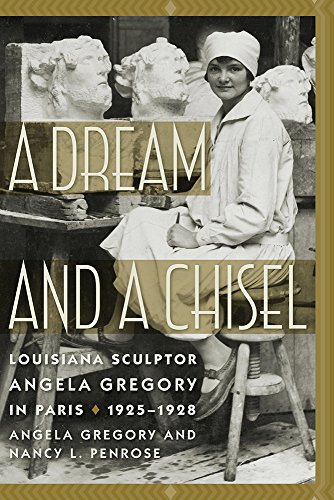 "Angela Gregory is considered by many the doyenne of Louisiana sculpture and is a notable twentieth century American sculptor. In A Dream and a Chisel, Angela Gregory and Nancy Penrose explore Gregory's desire, even as a teenager, to learn the art of cutting stone and to become a sculptor. Through sheer grit and persistence, Gregory achieved her dream of studying with French artist Antoine Bourdelle, one of Auguste Rodin's most trusted assistants and described by critics of the era as France's greatest living sculptor. In Bourdelle's Paris studio, Gregory learned not only sculpting techniques but also how to live life as an artist. Her experiences in Paris inspired a prolific sixty-year career in a field dominated by men"--