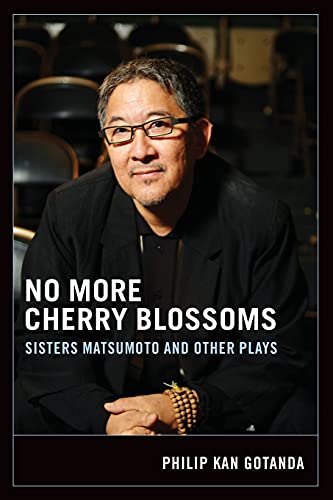 No more cherry blossoms : Sisters Matsumoto and other plays

In these four new plays, renowned playwright Philip Kan Gotanda explores the choices and challenges Japanese American women face. Although set in different decades of the twentieth century, the playsare all absolutely modern in the human struggles they depict. "Sisters Matsumoto" tells of three Japanese American sisters who return to their family farm in Stockton, California, after living in an internment camp during World War II. "The Wind Cries Mary" is a gripping drama set in the tumultuous heyday of social upheaval that was San Francisco in 1968, when California's Asian American intellectuals were first finding a political voice. "Ballad of Yachiyo," set in 1919 in Hawai'i, is a moving story of a girl's coming to sexual maturity after being sent from home to work for an alcoholic artisan and his wife.… (more)