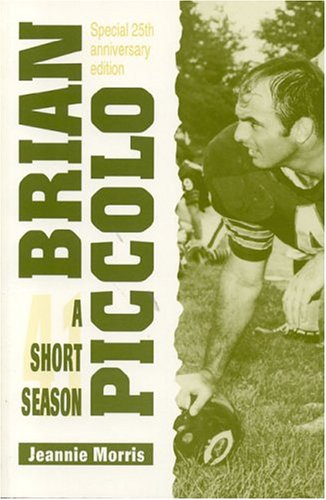 Chicago Bears running back Brian Piccolo died of cancer at the age of 26, leaving behind a wife, three daughters, a host of friends -- and a legend. During his illness, Jeannie Morris, who was the wife of one of Brian's Chicago Bears team-mates, sought to occupy the young ballplayer by asking him to tell his life story into a tape recorder. Brian readily agreed, and despite his pain, he wittily recounted the trials of his courtship of a pretty young nurse named Joy Murrath, a college career that saw him graduating from Wake Forest University as the nation's leading rusher only to go undrafted by the national Football League, and his struggle to prove himself as a free agent with the Bears. When Brian died, his wife asked, Jeannie, will you finish Brian's book?. The indomitable spirit of Brian himself was motive enough for Jeannie Morris to complete the task -- and here it is.… (more)