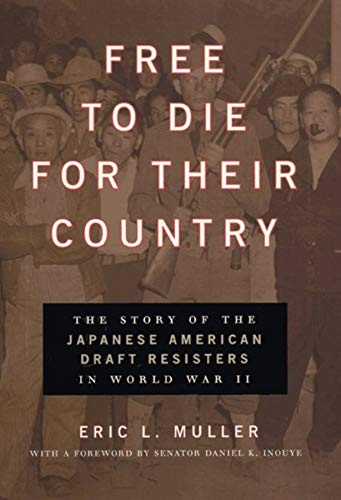 Free to die for their country : the story of the Japanese American draft resisters in World War II

One of the Washington Post's Top Nonfiction Titles of 2001 In the spring of 1942, the federal government forced West Coast Japanese Americans into detainment camps on suspicion of disloyalty. Two years later, the government demanded even more, drafting them into the same military that had been guarding them as subversives. Most of these Americans complied, but Free to Die for Their Country is the first book to tell the powerful story of those who refused. Based on years of research and personal interviews, Eric L. Muller re-creates the emotions and events that followed the arrival of those draft notices, revealing a dark and complex chapter of America's history.