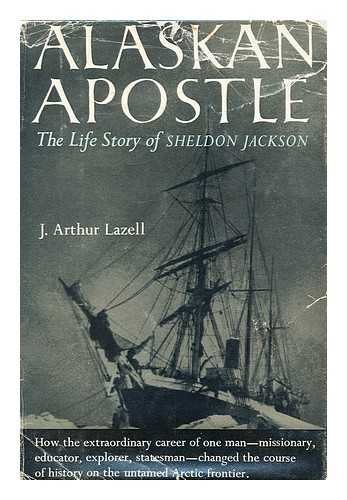 How the extraordinary career of one man--missionary, educator, explorer, statesman--changed the course of history on the untamed Arctic frontier... Originally published in 1960, Alaskan Apostle is a fascinating biography about Sheldon Jackson, a Presbyterian minister who founded schools in Alaska. He was regarded as "one of the most exciting and courageous men of all those who worked on the American frontier. The roles he played in Alaska and in the American West form an incredible chapter in the effort of the Church to keep pace with the developing nation. Jackson was man and missionary, government official and spiritual empire builder. He was responsible for saving the Alaskan Eskimos from extinction and for the founding of Alaska's school system. He did more than any other person in the nineteenth century to inform the American nation about Alaska's needs and people. His failure to accomplish all he hoped to do is, in large part, due to the disgraceful inaction of successive Congresses. Jackson was prepared to lay down his life as an apostle to Alaska, convinced that 'if God be for us, who can be against us?' His spiritual life and moral and physical courage are what churchmen need today if they hope to discharge their responsibilities to the total life of the nation."… (more)

Fifty years below zero; a lifetime of adventure in the far North by Charles D. Brower
Northwest epic : the building of the Alaska Highway by Heath Twichell
One Man's Gold Rush: A Klondike Album by Murray Morgan