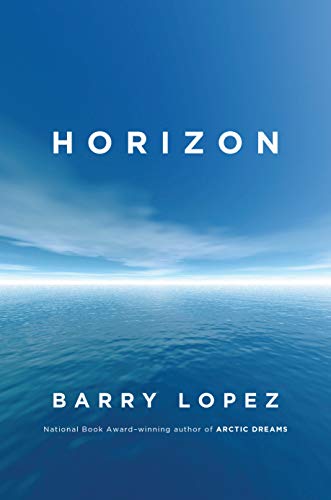 "From the National Book Award-winning author of the now-classic Arctic Dreams, a vivid, poetic, capacious work that recollects the travels around the world and the encounters-human, animal, and natural-that have shaped an extraordinary life. Taking us nearly from pole to pole-from modern megacities to some of the most remote regions on the earth-and across decades of lived experience, Barry Lopez, hailed by the Los Angeles Times Book Review as "one of our finest writers," gives us his most far-ranging yet personal work to date, in a book that moves indelibly, immersively, through his travels to six regions of the world: from Western Oregon to the High Arctic; from the Galápagos to the Kenyan desert; from Botany Bay in Australia to finally, unforgettably, the ice shelves of Antarctica. As he takes us on these myriad travels, Lopez also probes the long history of humanity's quests and explorations, including the prehistoric peoples who trekked across Skraeling Island in northern Canada, the colonialists who plundered Central Africa, an enlightenment-era Englishman who sailed the Pacific, a Native American emissary who found his way into isolationist Japan, and today's ecotourists in the tropics. Throughout his journeys-to some of the hottest, coldest, and most desolate places on the globe-and via friendships he forges along the way with scientists, archaeologists, artists and local residents, Lopez searches for meaning and purpose in a broken world. Horizon is a revelatory, epic work that voices concern and frustration along with humanity and hope-a book that makes you see the world differently, and that is the crowning achievement by one of America's great thinkers and most humane voices."--Publisher's website.… (more)

LibraryThing member Stbalbach
This is the first book I read by Lopez. It took a while to get used to his style, but I came to like it. Each chapter is a different place he has traveled in the past 50 years. Apparently it repeats some places from previous works, but the writing is all new. The early chapters are also a min-biography of his early life. The writing straddles art and science, the known and the mysterious, there is a great sense of wonder and amazement of the natural world. There is also a current of foreboding, existential dread about the future, even going as far as wondering if living people today will survive out natural lives to old age. Lopez sees a lack of empathy as a core problem. This is a lengthy generous book at times beautiful and profound. It would be easy to criticize because he is among the elite with privileges most of us will never have, but the quality of writing and overall message it is hard to disagree.… (more)

Henry David Thoreau: A Life by Laura Dassow Walls
Orange world and other stories by Karen Russell
There there : a novel by Tommy Orange
Spring by Ali Smith
The nickel boys : a novel by Colson Whitehead
5 more
White Sands: Experiences from the Outside World by Geoff Dyer
Underland : a deep time journey by Robert Macfarlane
These Truths by Jill Lepore
The Heartbeat of Wounded Knee by David Treuer
Lost children archive : a novel by Valeria Luiselli
Fewer