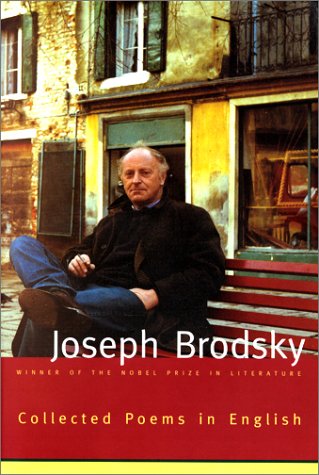 One of the greatest and the grandest advocates of the literary vocation, Joseph Brodsky truly lived his life as a poet, and for it earned eighteen months of internal exile at hard labor, expulsion from his native country, and the Nobel Prize in Literature.Here, collected for the first time, are all the poems he published in English, from his earliest collaborations with Derek Walcott, Richard Wilbur, Howard Moss, and Anthony Hecht to the moving farewell poems he wrote near the end of his life. With nearly two hundred poems, several of them never before published in book form, this will be the essential volume of Brodsky's work.

LibraryThing member jwhenderson
What is poetry? Joseph Brodsky, who died on this day in 1996, aged fifty-five, insisted that poetry's job was to explore the capacity of language to travel farther and faster. Poetry, he said, is accelerated thinking. When thinking of poetry it is worthwhile, and enjoyable, to consider and reflect on the poetry of those who, like Joseph Brodsky, have created superlative examples of verse and who have thought well and often about the subject.
I enjoy reading his poetry to experience his way of exploring "the capacity of language" to deal with ideas and move our hearts. Given the extreme circumstances of his life and the rewards he received for his poetic art this is an inspirational experience. In anticipation of his death he penned the poem Taps which opens with the following lines:

I've been reproached for everything save the weather
and in turn my own neck was seeking a scimitar.
But soon, I'm told, I'll lose my epaulets altogether
and dwindle into a little star.

Perhaps "a little star"; but he remains, for those of us who appreciate his poetry, a Supernova of twentieth century literature.… (more)
1 more
LibraryThing member therebelprince
One of my few true poetic ideals. Astounding, inimitable, hilarious, gutting.
Fewer