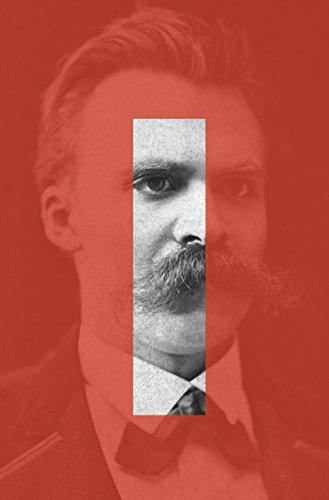 I am dynamite! : a life of Nietzsche

NEW YORK TIMES Editors' Choice * THE TIMES BIOGRAPHY OF THE YEAR * WINNER OF THE HAWTHORNDEN PRIZE A groundbreaking new biography of philosophy's greatest iconoclast Friedrich Nietzsche is one of the most enigmatic figures in philosophy, and his concepts--the Übermensch, the will to power, slave morality--have fundamentally reshaped our understanding of the human condition. But what do most people really know of Nietzsche--beyond the mustache, the scowl, and the lingering association with nihilism and fascism? Where do we place a thinker who was equally beloved by Albert Camus, Ayn Rand, Martin Buber, and Adolf Hitler? Nietzsche wrote that all philosophy is autobiographical, and in this vividly compelling, myth-shattering biography, Sue Prideaux brings readers into the world of this brilliant, eccentric, and deeply troubled man, illuminating the events and people that shaped his life and work. From his placid, devoutly Christian upbringing--overshadowed by the mysterious death of his father--through his teaching career, lonely philosophizing on high mountains, and heart-breaking descent into madness, Prideaux documents Nietzsche's intellectual and emotional life with a novelist's insight and sensitivity.   She also produces unforgettable portraits of the people who were most important to him, including Richard and Cosima Wagner, Lou Salomé, the femme fatale who broke his heart; and his sister Elizabeth, a rabid German nationalist and anti-Semite who manipulated his texts and turned the Nietzsche archive into a destination for Nazi ideologues. I Am Dynamite! is the essential biography for anyone seeking to understand history's most misunderstood philosopher.… (more)

New York Times
She is strong on Nietzsche’s life, but much less so on his ideas. In fact, apart from Nietzsche’s ideas, his life is of relatively little import. She does little to explain what makes Nietzsche an enduring philosopher who continues to exercise great influence.
— 1 more
New York Times
Prideaux relies on the mapmaker’s method of triangulation, using time not place as the fixed point and drawing her subject into focus by examining the events in his life, his personal writing and his published work. “This falls into the biographical fallacy, I know,” she has said in interviews, “but my justification is a passage from ‘Beyond Good and Evil’ where Nietzsche says that every great philosophy is a form of involuntary and unperceived memoir. In other words, all philosophy is, to an extent, autobiography. One illuminates the other.”

LibraryThing member Stbalbach
Nietzsche is one of my many terra incognita. So I hoped Sue Prideaux new biography would provide some enlightenment. Since everything is brand new to me, it did not disappoint. It covers the life, the philosophy and the art of his work. The philosophy I had to supplement using some other sources (eg. Encyclopedia Britannica) to get a better handle, it's just very complex, but might be simply explained. Briefly, his project sought an answer to the collapse of old morality namely religion ie. "God is dead". His answer is familiar to us all, the ultimate authority is yourself. The basis of Western Liberalism, for better or worse. Most of the book is a straight biography, but one artly told. The beginning was boring, at least for me since I knew nothing about the man. But it gets better as time goes on, though not for Nietzsche. It's easy to understand the fascination about him, he discovered something before anyone else, knew he would become famous before anyone else, then promptly lost his mind. Sort of a classic case of reaching too far too fast. Fascinating ideas, life and book.… (more)
5 more
LibraryThing member knightlight777
Philosophy and its power, or perceived power to shape thought and action has always been somewhat a mystery to me. This biography on Nietzsche reinforced this for me.

The author presents a most scholarly and well written book on this man. It certainly wasn't easy or entertaining a read but deep in interpretation and presentation of this enigmatic yet oddly powerful man.

Nietzsche has been misrepresented sometimes grotesquely through the years, particularly by the Nazi's who took him as one of their standard bearers. The author convincingly dynamites this concept and lays the distortion rightly so at the feet of his meddling and mendacious sister.

The book can be plodding at times as his mostly dreary existence makes for likewise reading. Yet we also gain interesting takes on his tangled relationships with primarily the Wagner's and Lou Salome. This human interaction is in stark contrast to his often solitary wandering nature.

Nietzsche's philosophy is of course touched on but not in great depth as there are so many works devoted to such. This is after all a biography tuned to the twists and turns of his mostly tortured life.

It gives us a fairly complete historical and cultural look into partly what moved the man and his thought, his relations, and his tragic ending.
It is once again shown that like many such geniuses, if he could be termed that, little recognition is shown during active lifetime.

Those final years being a shell of a man in an empty mind and body, he is then elevated to genius status by those who flocked to interpret him and run with the concepts and ideas to their own ends.… (more)
LibraryThing member Big_Bang_Gorilla
Great title, great cover, and a pretty good stab at a contemporary life of Nietzsche. To me, the book's main accomplishment is its detailed account of Nietzsche's last, insane years; she minutely describes what we know of his symptoms, of how and where he was kept, and, especially, the individuals who campaigned to put his works forward worldwide, topics which previous biographers have mostly taken a pass on. The author does indulge in some light revisionism; she's not convinced that Nietzsche had syphilis, and although she does introduce some (rather picky, to me) evidence of weaknesses in the diagnosis, the fact that the world's greatest authority on syphilis accepted the diagnosis would seem countervailing, and, like most revisionists, she doesn't do a great or thorough job of setting out the case for the diagnosis. Even odder is her contention that Nietzsche was an admirer of the Christ; this is to me difficult to contort out of Nietzsche's corpus; most of the passages she cites I would classify under either 'backhanded compliments' or 'he was better than the horrible church he inspired'. Annoyingly, she extends her courteous approach to Christianity to capitalizIng the divine 'he', which, as my high school English teacher pointed out in her remarks on my term paper on Nietzsche, is discordant with his philosophy. And get ready for many, many tangents; at times I felt that I was reading a biography of almost anybody else besides Nietzsche; however, it must be said that perhaps the least relevant chapters, on his sister's anti-Semitic colony in Paraguay, are some of the more interesting in the book. However, readable and informative, I'd still say that strengths outweigh weaknesses here by some distance.… (more)
LibraryThing member evertonian
I have read widely on Nietzsche and thought that no new biography could have anything fresh to say. Sue Prideaux's book is an outstanding example of the genre. It brings Nietzsche to life and is a work of art itself. An essential read for anyone interested in Nietzsche.
LibraryThing member Shrike58
The feeling that I'm mostly left with on finishing this biography is pity for its subject, as between the death of his father at a young age, the chronic bad health, and the ever-threatening abyss of insanity, Nietzsche might as well have been walking around with a cosmic "kick me" sign stuck to his back. One might say that since conventional happiness was a low-probability reality for the man, causing trouble was the next best option.

Still, the high points were quite high, particularly when the man was most closely associated with Wagner. This is at least until that relationship went off the rails, when Wagner became a virtual god to the Pan-Germanic and anti-Jewish crowd that Nietzsche loathed. That these people came to esteem Nietzsche is another cosmic bad joke that the man could see coming.

Inevitably, this story is also stalked by the figure of Nietzsche's sister Elizabeth, and yes, she is quite the piece of work. One almost admires the woman for her implacable will and drive, even if she espoused a bad cause.

As for whether this makes me want to read more of Nietzsche's philosophy, the answer is probably not. At the end of the day his basically anti-science attitude is alien to me, though probably the start of a critique of scientism.… (more)
LibraryThing member stillatim
Horrible title, fabulous cover, very enjoyable book. Prideaux writes well, she has a great eye for the important details and for knowing what can be left out, and a flare for narrative. Her destruction of Elisabeth Nietzsche is glorious; her writing on Friedrich is obviously even-handed, since I thought this was a solid, much-needed hatchet job, but Prideaux herself seems to think she was showing the enduring appeal and importance of his ideas. The utter absurdity of much of Nietzsche's thinking comes through clearly, as does the tremendous importance of his critical work. 'How to philosophize with a hammer'? Don't imagine that, having bludgeoned everything to bits, you can then pick up a paintbrush and create the future.… (more)
Fewer

At the existentialist café : freedom, being, and apricot cocktails with Jean-Paul Sartre, Simone de Beauvoir, Albert Camus, Martin Heidegger, Maurice Merleau-Ponty and others by Sarah Bakewell
The dawn watch : Joseph Conrad in a global world by Maya Jasanoff
The Price of Peace: Money, Democracy, and the Life of John Maynard Keynes by Zachary D. Carter