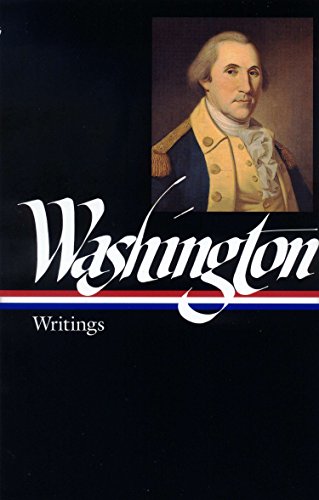 This one-volume collection - the most extensive and authoritative ever published - covers five decades of Washington's astonishingly active life and brings together over 440 letters, orders, addresses, and other writings. Among the early writings included are the journal Washington kept at age 16 while surveying the Shenandoah Valley frontier and his dramatic account of the winter journey he made through the Pennsylvania wilderness in 1753 while on a diplomatic mission. Some two dozen letters written during the French and Indian War, including first-hand accounts of the controversial forest skirmish that began hostilities and of Braddock's bloody defeat, record Washington's early encounters with the harsh challenges of military command. An extensive selection of letters, orders, and addresses from the Revolutionary War record Washington's determined leadership of the Continental Army through years of defeat and deprivation. Letters from the Confederation period (1783-1789) show Washington's pleasure at returning to Mount Vernon, his continued interest in Western land speculation and river navigation, his growing concern with the weaknesses of the Articles of Confederation, and his role in the framing and ratification of the Constitution. The writings from his two terms as president show how Washington strove to establish enduring republican institutions, to build public trust in the new government, to avoid the divisions of party and faction, and to maintain American neutrality during the war between Britain and Revolutionary France. Also included in the volume are letters revealing his close and careful management of Mount Vernon and his evolving attitudes toward slavery.… (more)