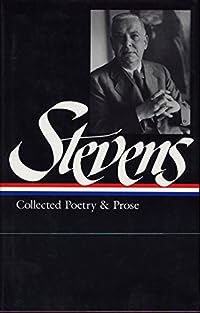 "Here are all of Stevens' published books of poetry, side-by-side for the first time with the haunting lyrics of his later years and early work that traces the development of his art. From the rococo inventiveness of Harmonium, his first volume (including such classics as "Sunday Morning, " "Peter Quince at the Clavier, " and "Thirteen Ways of Looking at a Blackbird"), through "Notes Toward a Supreme Fiction, " "Esthetique du Mal, " "The Auroras of Autumn, " and the other large-scale masterpieces of his middle years, to the austere final poems of "The Rock, " Stevens' poetry explores with unrelenting intensity the relation between the world and the human imagination, between nature as found and nature as invented, and the ways poetry mediates between them. This volume presents over a hundred poems uncollected by Stevens, including early versions of often discussed works like "The Comedian as the Letter C" and "Owl's Clover."" "Also here is the most comprehensive selection available of Stevens' prose writings. The Necessary Angel (1951), his distinguished book of essays, joins nearly fifty shorter pieces, many previously uncollected: reviews, speeches, short stories, criticism, philosophical writings, and responses to the work of Eliot, Moore, Williams, and other poets. The often dazzling aphorisms Stevens gathered over the years are included, as are his plays and selections from his poetic notebooks. Rounding out the volume is a fifty-year span of journal entries and letters, newly edited from manuscript sources, which provide fascinating glimpses of Stevens' thoughts on poetry and the creative process."--BOOK JACKET.… (more)

You can take my word: Stevens is difficult, even esoteric. I should knw, because I spent several years translating his poems.

However, you can reach Stevens just by ear, without any special background. Sometimes
Show More
he is exhilariating.

The man was almost a recluse - a lawyer, working as a director of a insurance company.

H. Bloom and others give a lot of examples that Stevens was a difficult character and had forbidding attitudes.
Show Less