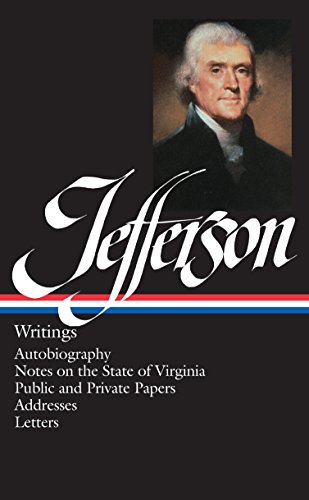 Thomas Jefferson (1743-1826) was the third United States President (1801-9) and the principal author of the Declaration of Independence. An advocate of republicanism, he envisioned America as an 'Empire of Liberty' that would strive to promote freedom around the world. First published in 1853-4, this nine-volume edition of Jefferson's writings shows the breadth of his intellectual and political interests. His autobiography, letters, diaries and political memoranda reflect a life lived at the centre of pivotal events, including the French and American Revolutions, and the founding of a new nation. Through them we discover his contribution to the pursuit of world peace, the evolving relationships between the United States and the European powers, and the development of the American constitution and judicial system. Volume 2 continues with Jefferson's correspondence during his 1784-9 mission to Europe, which offers revealing accounts of the development of his political ideas.… (more)

LibraryThing member AnneDenney
What can be more interesting in terms of history as well as autobiography than reading letters and essays, notes and musings of great men, preserved to teach generations to come. This series is very well edited and beautifully bound, and we are looking forward to using these in homeschooling too.