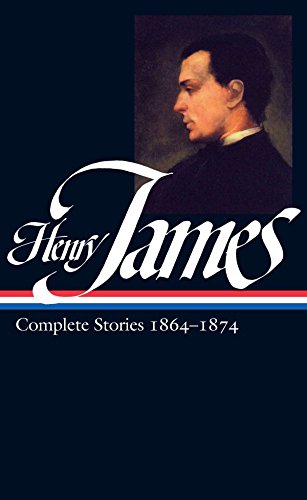 "A dignified and impressive addition to your bookshelf that reveals James's virtuoso performance in a genre he helped to define, refine and elevate." -- The Commercial Appeal This Library of America volume, the first of five of Henry James's short fiction, brings together his first twenty-four published stories, thirteen never collected by James. Encompassing a wide range of subjects, settings, and formal techniques, they show the first explorations of some of James's most significant themes: the force of social convention and the compromises it demands; the complex and often ambiguous encounter between Europe and America; the energies of passion measured against the rigors of artistic discipline. By his mid-twenties, James was a regular contributor to the most prestigious and popular magazines of his era. He is equally at ease writing historical tales, such as "Gabrielle de Bergerac," a love story set in pre-Revolutionary France, as he is exploring contemporary events, as in the three stories that treat the effects of the American Civil War on civilians. James's psychological acuity is already evident in "Master Eustace," a study of the ruthlessness of a spoiled child, and in "Guest's Confession," where the comic portrayal of an arrogant businessman hints at his cruelty and self-absorption. In "The Romance of Certain Old Clothes," and "The Last of the Valerii," James begins to work with the supernatural and fantastic motifs that would continue to surface in his work. Early examples of James's lifelong fascination with art and artists include "A Landscape Painter," about a young painter's attraction to a seemingly simple family living in a desolate coastal town, and "The Madonna of the Future," where an aging artist avoids the unveiling of his masterpiece. Adumbrating later triumphs and compelling in their own right, these stories reveal and accomplished and cosmopolitan young talent mastering the art of the short story. LIBRARY OF AMERICA is an independent nonprofit cultural organization founded in 1979 to preserve our nation's literary heritage by publishing, and keeping permanently in print, America's best and most significant writing. The Library of America series includes more than 300 volumes to date, authoritative editions that average 1,000 pages in length, feature cloth covers, sewn bindings, and ribbon markers, and are printed on premium acid-free paper that will last for centuries.… (more)