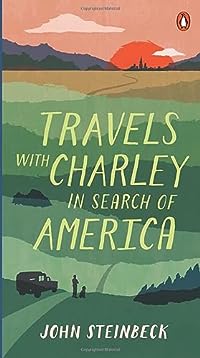 Travels with Charley: In Search of America [Lingua Inglese]

Author John Steinbeck was 58 when he set out to rediscover the country he had been writing about for so many years. With his elderly French poodle, Charley, he embarked on a quest across America, from the northermost tip of Maine to California's Monterey Peninsula. Traveling the interstates and the country roads, they stopped to smell America: trucker and strangers, old friends and new acquaintances. Steinbeck's poignant, perceptive reflections reveal the American character: a blend of unexpected kindnesses and racial hostilities, loneliness and humor.