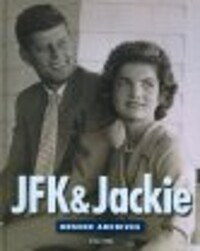 John F. Kennedy was the voice of a generation. The youngest man ever to be elected to the White House, he transcended politics, inspiring people the world over with his ideals, vision and boundless energy to read "new frontiers". Jacqueline Kennedy was intelligent, cultured and beautiful. The President and First Lady were a golden couple, enjoying the kind of celebrity normally reserved for Hollywood stars. These bald facts obscure as much as they reveal. JFK was a reluctant politician, lacking both conviction and application as a young Congressman. Marriage to Jackie was at least in part politically motivated, and didn't curb his serial womanizing. He grew in stature while in office, and may have gone on to achieve true greatness. After the events in Dallas on 22 November 1963, the world remembered JFK, not so much for his achievements, but for what he represented and what might have been.… (more)