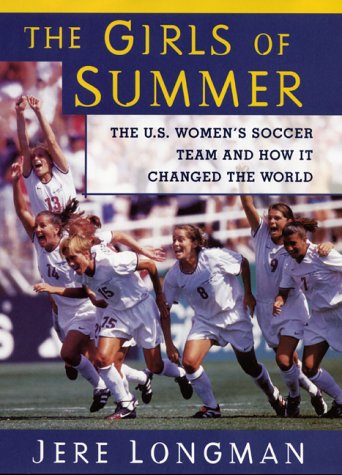 The Girls Of Summer: The U.S. Women's Soccer Team and How It Changed The World

Now with a new afterword, The Girls of Summer, by the award- winning New York Times sportswriter Jere Longman, takes a serious, compelling look at the women who won the 1999 World Cup and brings to life the skills and victories of the American team. Longman explores the issues this unprecedented achievement has raised: the importance of the players as role models; the significance of race and class; the sexualization of the team members; and the differences between men and women's sports. Provocative and insightful, this book reminds us that the real struggles are off the field -- and some remain to be won.

Forward: A Memoir by Abby Wambach
Almost a Woman by Esmeralda Santiago