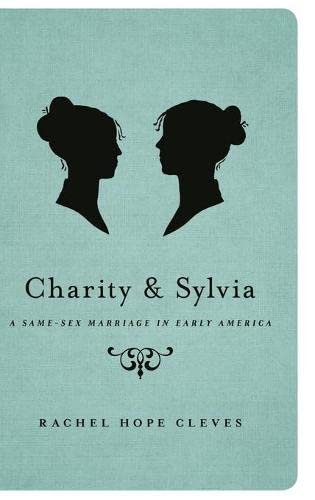 Charity and Sylvia: A Same-Sex Marriage in Early America

Explores the lives of Charity Bryant and Sylvia Drake, two ordinary middle-class women who serve as a window on historical constructs of marriage, gender, and sexuality in late 18th-century and early 19th-century America. Both were born in Massachusetts, but in different towns, 11 years apart. Charity's attachment to women was so blatant that after she turned 20, her father told her to leave the house. She worked as a schoolteacher, but was forced to leave jobs several times because of hurtful gossip about her relationships with other women. In early 1807, Charity moved to Vermont to stay with a friend, and there she met Sylvia. The two fell in love, set up housekeeping, and considered themselves married. Gradually, their family members and the residents of Weybridge did as well. Charity and Sylvia became integral to the community, attending church, running their tailor shop, and contributing to charitable endeavors. Most of all, Charity and Sylvia remained passionately committed to each other and refused to hide their relationship. An important work of history that resonates with one of today's most public debates.… (more)

LibraryThing member banjo123
We read this for my Lesbian book group, not the best choice, because most of the group found it very dry. It is academic. It apparently won a prize from the Society for Historians of the Early American Republic---they are the kind of historians who study shopping lists, I think. Actually, I did like the book. I imagined I was back in college and reading this for a Women's History class, and kept down the expectations for exciting narrative non-fiction.

The story is interesting. Charity Bryant and Sylvia Drake met in 1807, and soon afterwards moved in together into their own small house. They were able to make a living as seamstresses, and built a life together until Charity's death in 1851. When Sylvia died in 1868, she was buried in the same grave, and the two share a tombstone. Apparently there relationship was accepted and they were well regarded by family and community. Cleves talks about an "open closet," where the community was able to accept the relationship by acknowledging it as like a marriage, but never speaking about the sexual implications.… (more)
1 more
LibraryThing member majesdane
4.5 stars, rounded up.

This is a finely researched book -- with some excellent delving into the queer-coded dialogue of the 1700s/1800s (whether it be in literature, poetry, or even the writing of letters) -- that sheds light on a little known lesbian couple that lived together for decades in Vermont.

Though at times the writing can be a bit dry and tedious, the subject matter and Cleves' thorough research and observations more than make up for the rest of the book's shortcomings. This book provides a deep and fascinating look into early post-Revolutionary American history, especially in regards to what life was like for queer women.… (more)
Fewer

To Believe in Women: What Lesbians Have Done For America - A History by Lillian Faderman Professor
Irrepressible: The Jazz Age Life of Henrietta Bingham by Emily Bingham
Book of Ages: The Life and Opinions of Jane Franklin by Jill Lepore
Betsy Ross and the Making of America by Marla R. Miller