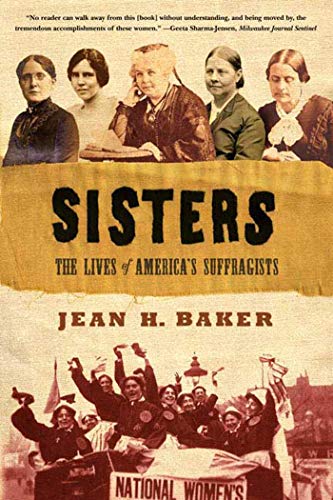 Sisters: The Lives of America's Suffragists

How the Personal Became Political In the Fight to Grant Women Civil Rights They forever changed America: Lucy Stone, Susan B. Anthony, Elizabeth Cady Stanton, Frances Willard, Alice Paul. At their revolution's start in the 1840s, a woman's right to speak in public was questioned. By its conclusion in 1920, the victory in woman's suffrage had also encompassed the most fundamental rights of citizenship: the right to control wages, hold property, to contract, to sue, to testify in court. Their struggle was confrontational (women were the first to picket the White Housefor a political cause) and violent (women were arrested, jailed, and force-fed in prisons). And like every revolutionary before them, their struggle was personal. For the first time, the eminent historian Jean H. Baker tellingly interweaves these women's private lives with their public achievements, presenting these revolutionary women in three dimensions, humanized, and marvelously approachable.… (more)

A Woman's Crusade: Alice Paul and the Battle for the Ballot by Mary Walton
Century of Struggle: The Woman's Rights Movement in the United States by Eleanor Flexner
Elizabeth Cady Stanton: An American Life by Lori D. Ginzberg
The Elizabeth Cady Stanton-Susan B. Anthony Reader: Correspondence, Writings, Speeches (Women's Studies) by Ellen Carol DuBois
With Courage and Cloth: Winning the Fight for a Woman's Right to Vote by Ann Bausum
5 more
America's Women: Four Hundred Years of Dolls, Drudges, Helpmates, and Heroines by Gail Collins
The Ideas of the Woman Suffrage Movement: 1890-1920 by Aileen S. Kraditor
African American Women in the Struggle for the Vote, 1850-1920 (Blacks in the Diaspora) by Rosalyn Terborg-Penn
Dear Abigail : the intimate lives and revolutionary ideas of Abigail Adams and her two remarkable sisters by Diane Jacobs
Women in antebellum reform by Lori D. Ginzberg
Fewer