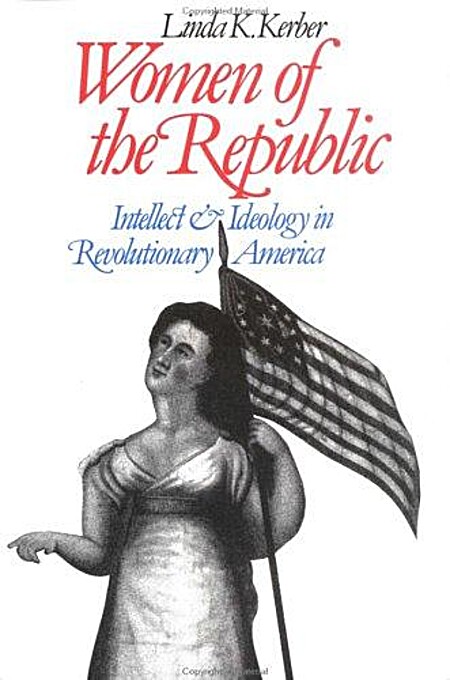 Women of the Republic: Intellect and Ideology in Revolutionary America (Institute of Early American History)

Women of the Republic views the American Revolution through women's eyes. Previous histories have rarely recognized that the battle for independence was also a woman's war. The "women of the army" toiled in army hospitals, kitchens, and laundries. Civilian women were spies, fund raisers, innkeepers, suppliers of food and clothing. Recruiters, whether patriot or tory, found men more willing to join the army when their wives and daughters could be counted on to keep the farms in operation and to resist enchroachment from squatters. "I have Don as much to Carrey on the warr as maney that Sett Now at the healm of government," wrote one impoverished woman, and she was right. Women of the Republic is the result of a seven-year search for women's diaries, letters, and legal records. Achieving a remarkable comprehensiveness, it describes women's participation in the war, evaluates changes in their education in the late eighteenth century, describes the novels and histories women read and wrote, and analyzes their status in law and society. The rhetoric of the Revolution, full of insistence on rights and freedom in opposition to dictatorial masters, posed questions about the position of women in marriage as well as in the polity, but few of the implications of this rhetoric were recognized. How much liberty and equality for women? How much pursuit of happiness? How much justice? When American political theory failed to define a program for the participation of women in the public arena, women themselves had to develop an ideology of female patriotism. They promoted the notion that women could guarantee the continuing health of the republic by nurturing public-spirited sons and husbands. This limited ideology of "Republican Motherhood" is a measure of the political and social conservatism of the Revolution. The subsequent history of women in America is the story of women's efforts to accomplish for themselves what the Revolution did not.… (more)

Disorderly Conduct: Visions of Gender in Victorian America by Carroll Smith-Rosenberg
Cradle of the Middle Class (Interdisciplinary Perspectives on Modern History) by Ryan
A Midwife's Tale: The Life of Martha Ballard, Based on Her Diary, 1785-1812 by Laurel Thatcher Ulrich
The Free Women of Petersburg: Status and Culture in a Southern Town, 1784-1860 by Suzanne Lebsock
Within the Plantation Household: Black and White Women of the Old South (Gender and American Culture) by Elizabeth Fox-Genovese
2 more
The Feminization of American Culture by Ann Douglas
The Grounding of Modern Feminism by Nancy F. Cott
Fewer