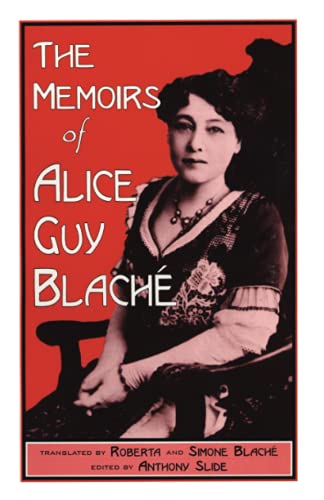 The Memoirs of Alice Guy Blach

by Roberta and Simone Blaché

Provides an original, first-hand view of the potential that motion pictures offered women from the Victorian era, and how, ultimately, the industry rejected one of its first and most important pioneers. Alice Guy BlachZ was not only the world's first female director, but in 1896, she became the first of either sex to direct a fictional film. As the first director with the Gaumont Company in Paris, Alice Guy BlachZ served as an influential figure in French film history, making more than 300 films, including some of the earliest sound subjects from the turn of the century. She continued her career in the United States, founding the Solax Company in 1910, and producing and directing 350 more films. Complementing the text are reprints of contemporary articles on Alice Guy BlachZ from the American trade press, a reminiscence by her daughter, a brief evaluation of the career of her husband, Herbert BlachZ and a complete filmography.… (more)

Pickford: The Woman Who Made Hollywood by Eileen Whitfield
Lillian Gish: Her Legend, Her Life by Charles Affron