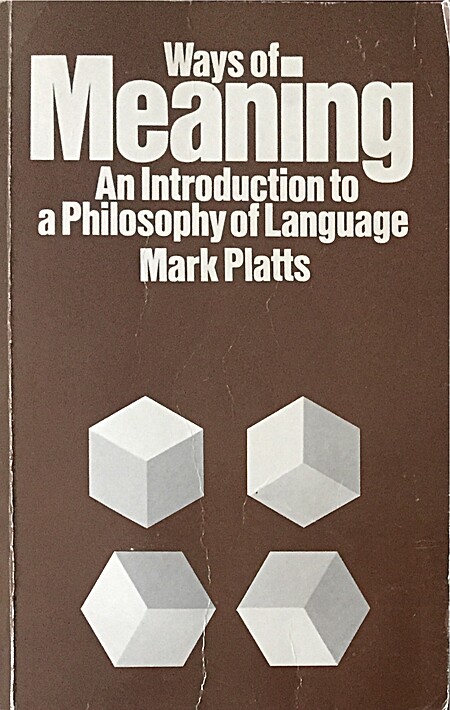 Ways of meaning : an introduction to a philosophy of language

The philosophy of language is not an isolated philosophical discipline of merely technical interest to other philosophers. Rather, as Mark Platts shows, the philosophy of language can help to solve traditional problems in other areas of philosophy, such as metaphysics, epistemology, and ethics. Ways of Meaning provides a clear, comprehensive introduction to such issues at the forefront of philosophy. Assuming only minimum knowledge of elementary formal logic, the book shows how taking truth as the central notion in the theory of meaning can clarify the relations between language, reality, and knowledge, and thus illuminate the nature of each. This second edition of the book contains a new chapter on the notions of natural-kind words and natural kinds. Unlike other discussions of the subject, this one places the semantic issues involved in the context of questions about the relations between knowing subjects and known objects. The author has also added a bibliography of further readings published since the first edition appeared in 1979.… (more)

Education and cultural pluralism by Maurice Craft
Sea turtles hatching by Katherine Orr
River earth and sky sculptures by Michael Mason by Michael Lyons
Leading Transformation in Africa by Delanyo Adadevoh PH.D.
The impact of size: a study of human and economic values in modern industrial society by Edward Goodman