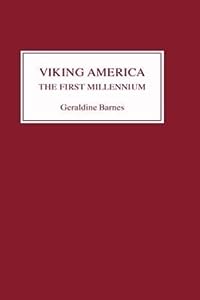 The accounts in the Vinland sagas of the great voyages to the northeast coast of America in the early years of the eleventh century have often been obscured by detailed argument over the physical identity of the West Atlantic land which its Scandinavian discoverers named Vinland. Geraldine Barnes leaves archaeological evidence aside and returns to the Old Norse narratives, Groenlendinga saga (Saga of Greenlanders) and Eiriks saga rauda (Saga of Eric the Red), in her study of the writing and rewriting of the Vinland story from the middle ages to the late twentieth century. She sets the sagas in the context of Iceland's transition from paganism to Christianity; later chapters explore the Vinland story in relation to issues of regional pride and national myths of foundation in nineteenth- and early twentieth-century America, to the ethos of popular imperialism during the same period in English literature, and, in the late twentieth century, to postcolonial concerns.GERALDINE BARNES is associate professor of English, University of Sydney.… (more)